Find the killer pass is an excellent drill to teach players to move the ball as a team and execute penetrating passes into dangerous areas. It can be used as a drill to help your team work on maintaining possession of the ball while also keeping players aware to make the killer pass when it is available. 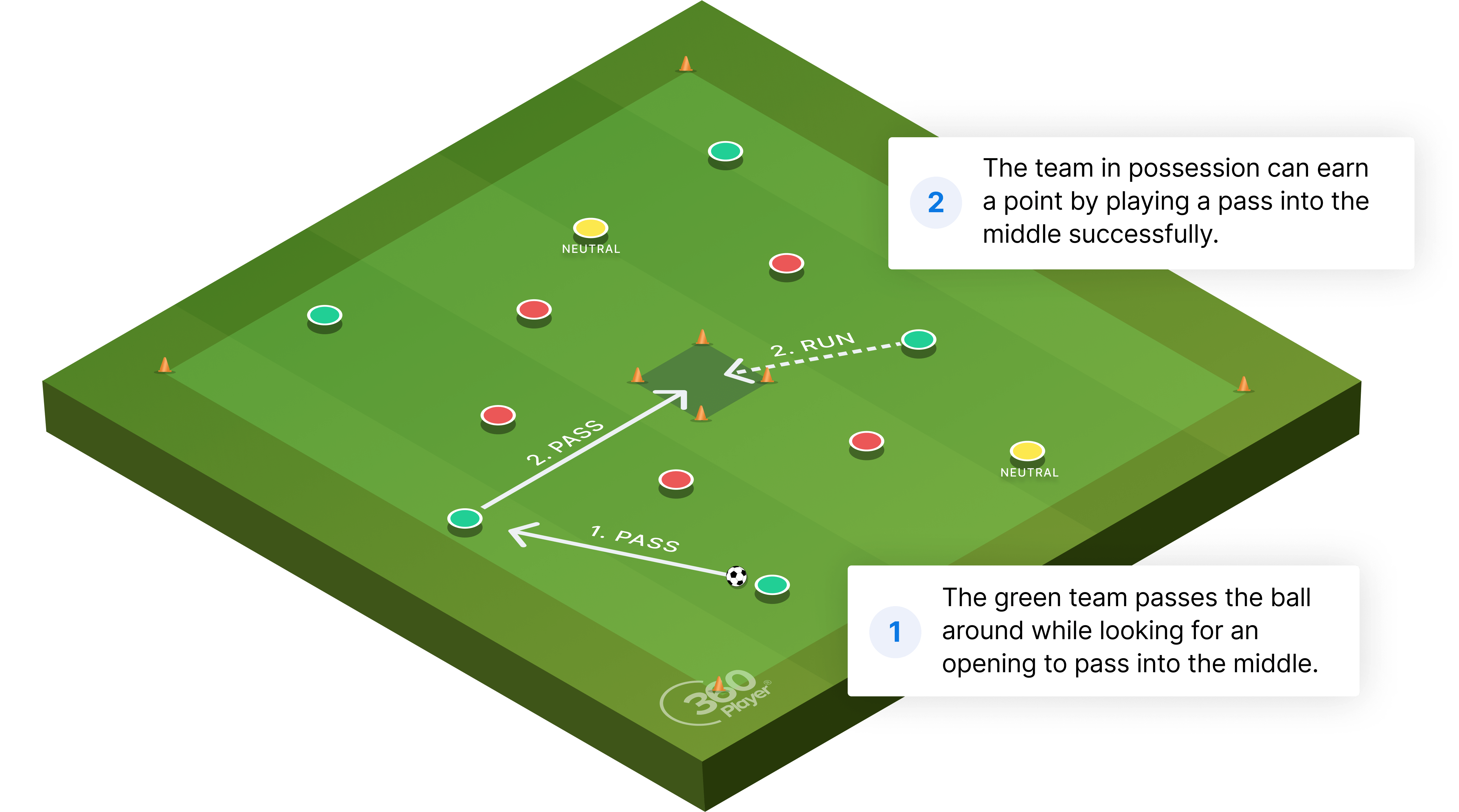 Set up a large grid with a small 2×2 meter square in the middle. Divide players into two teams. To make this drill easier, neutral players can be used so that the team in possession always has a numerical advantage over the defending team. Two neutral players are used in the diagram above (pictured in yellow).

The team in possession passes the ball around trying to open the defensive team up. When a good opportunity presents itself, a player from the offensive team can run into the square in the middle and recieve a pass earning a point for their team.

If the defensive team wins the ball, it’s their turn to try to score. Whichever team has the ball can also play to the neutral players. In the image above the green team is in possession so they have a 7 to 5 numerical advantage with the two neutral players.

A common variation of this exercise is to use a minimum pass requirement before a pass can be made into the middle. The minimum number of passes can vary depending on the skill level of the players. With the being said, 6 complete passes before scoring has been a good number in the past while working with high school players.

One of the great things about this game is that it teaches players patience and to not force the pass before it’s on. One thing to be wary of is the the defending team doesn’t ‘puppy guard’ the area in the middle. The offensive team can try to draw out the defense with their passing play.

One thing to emphasize as a coach is the correct timing of runs into the middle area. In addition, communication and teamwork are vital for success in this exercise.