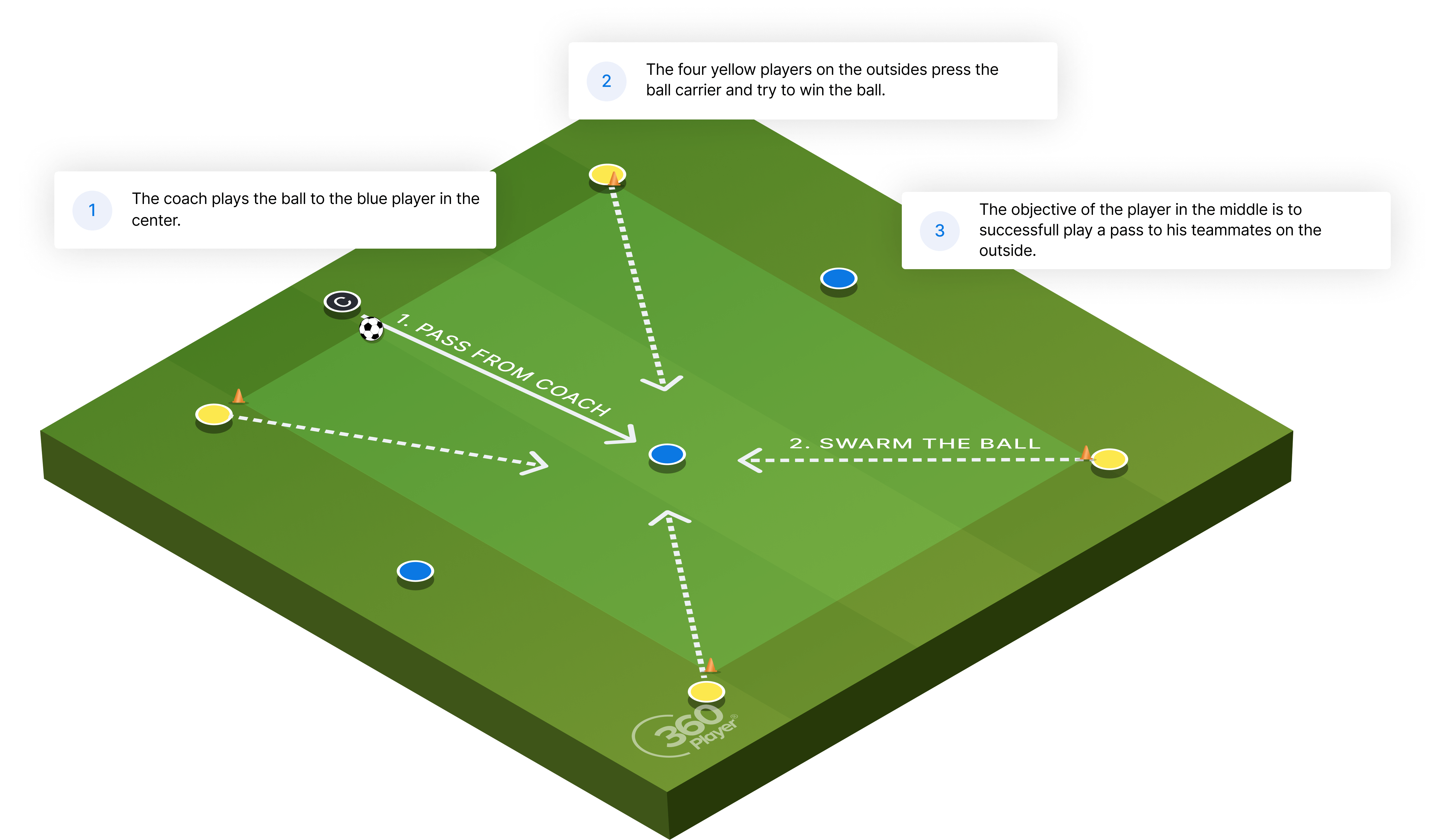 This exercise teaches defensive players to agressively pursue the ball while at the same time closing off passing lanes to isolate the attacker. Speed, teamwork, and communication are important for the defending team to take away the ball carrier’s options and try to win the ball back.