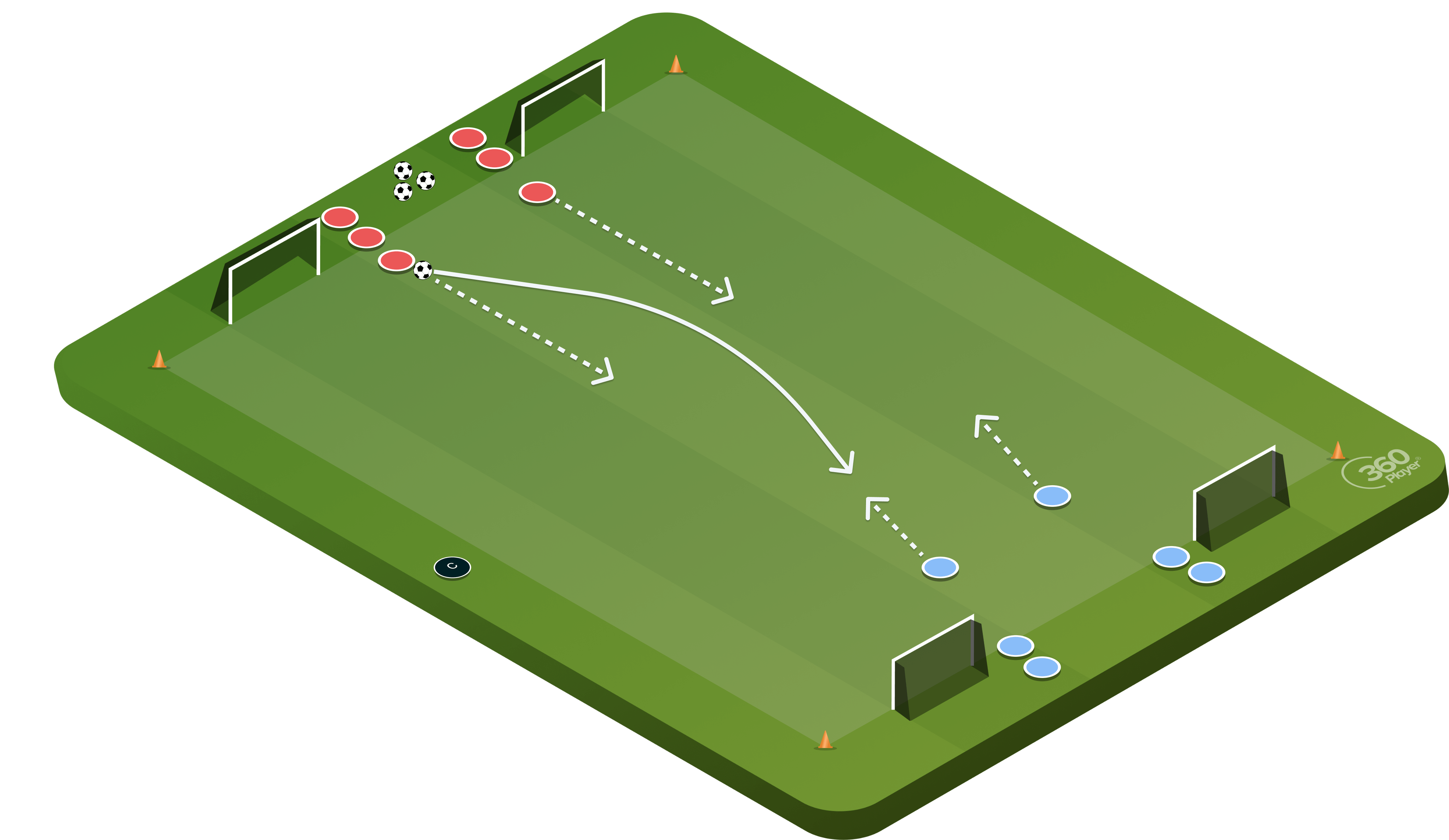 2v2 to mini goals is a simple 2v2 variation where players can work on basic defending and attacking concepts.

Create a playing area with two mini goals on either end. In addition, have players form two lines on either side as shown in the diagram. The players on one side start with a supply of balls.

The first group of two on the side with the balls plays a long pass to the first two players opposite them. The players who receive the ball attack the mini goals. All the normal rules of a large sided game apply except when the ball goes out of play, new groups start and the teams that just finished switch sides.

2v2 is a great size of small sided game to work on defensive concepts such as having one player pressure the ball while the other covers. On the offensive side, players can work on combination play and taking defenders on to score.