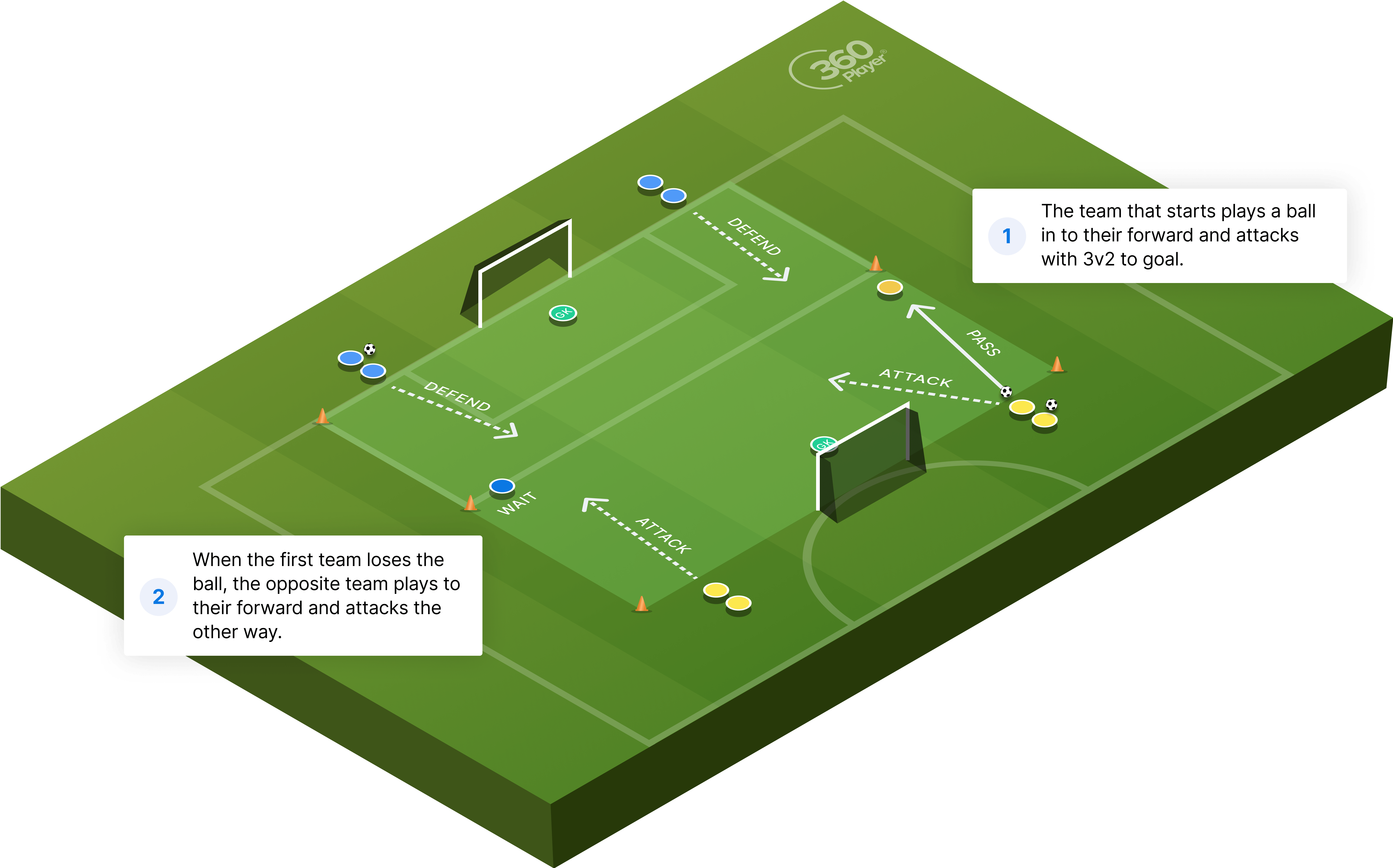 3v2 all time forwards is a fun and fast paced mini game that can help players develop good attacking play with a plus one numerical advantage.

Create a playing area with a large goal on either end as pictured in the diagram above. For this drill you'll need goal keepers in each goal and two teams of players. Each team assigns one player to play forward for their team who is active in an offense only capacity when their team has the ball. The forwards start in the middle towards the sidelines while the rest of the players in the teams form two lines behind their respective endlines. The players in one line should be ready to go with balls.

One side starts play by passing a ball into their forward. The first players in line come out and the team in attack plays 3v2 to goal.

As soon as the ball goes out of play, the first players in the line from the opposite side play a pass out to their forward and attack in the opposite direction. From here the cycle continues.

Similar to flying changes, teams can gain an advantage by attacking quickly while the defense is transitioning. Because the offense has a numerical advantage, they should be able to move the ball effectively and create quality goal scoring chances. In this regard this is an excellent drill to work on attacking play and finishing.

Encourage players to think one step ahead to improve their speed of play. They should already know what they're going to do with the ball before it comes to them. You can also encourage good movement off the ball and timing runs to get in behind the defense.