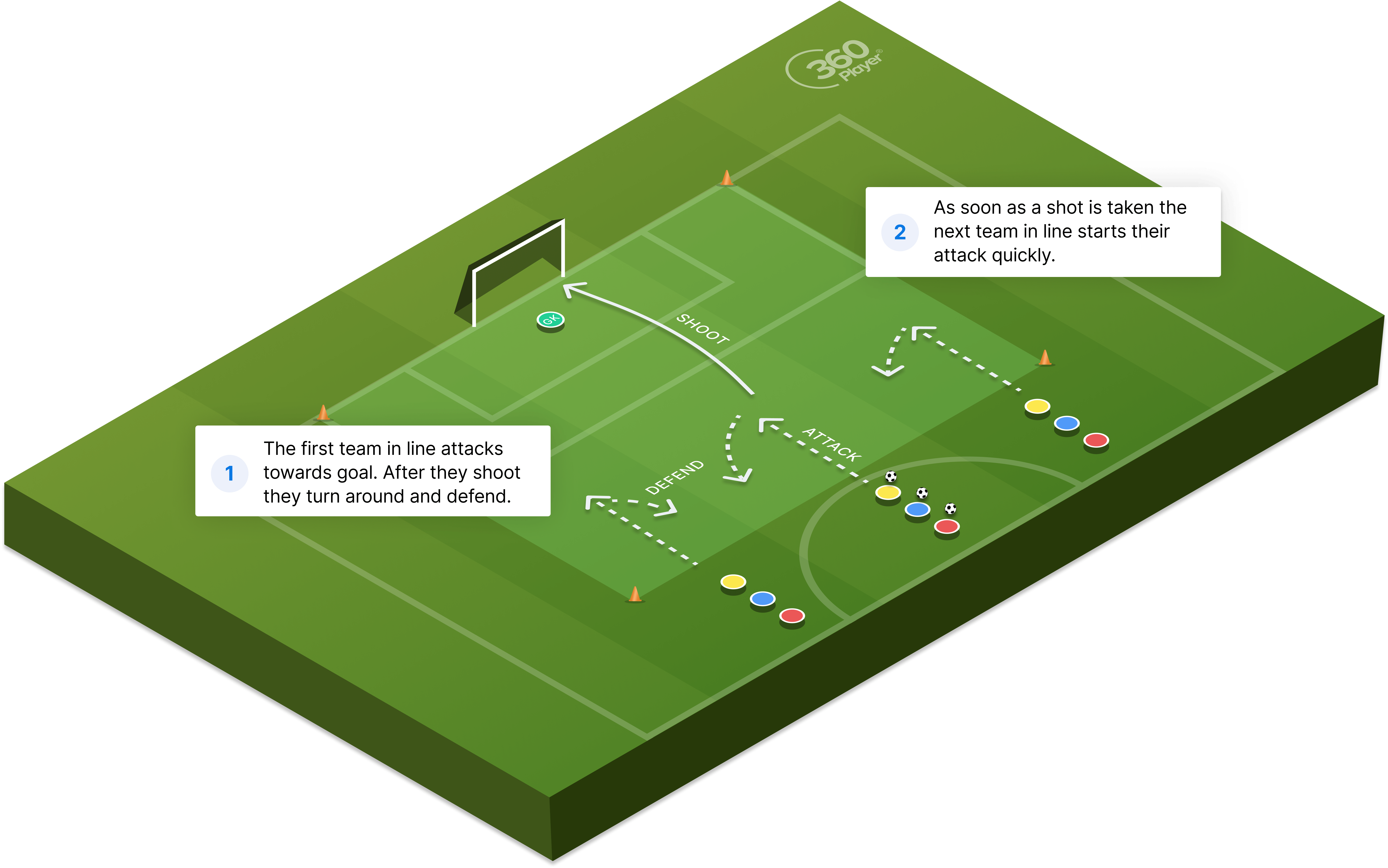 3v3 in waves is a fast paced shooting game where players can earn an advantage and get a shot off by attacking quickly or work on breaking down the defense in the final third.

Create a playing area with a large goal and a goal keeper at one end and three lines of players at the other. Balls start with players in the middle line.

The first three players come out and attack the large goal, trying to score. As soon as they have shot, the players in the line behind them begin their attack. The team of three that shoots stays on the pitch to defend against the next wave of attackers before rotating off.

This is an excellent drill for players to work on attacking with speed because players can earn an advantage by going forward quickly while the group in front of them is trying to transition and defend against them. For this reason coaches can emphasize speed of play.

If players can't capitlize on the initial opportunity they can still work the ball around to try to break down the defense and score. In this scenario combination play can be useful to create a goal scoring chance.