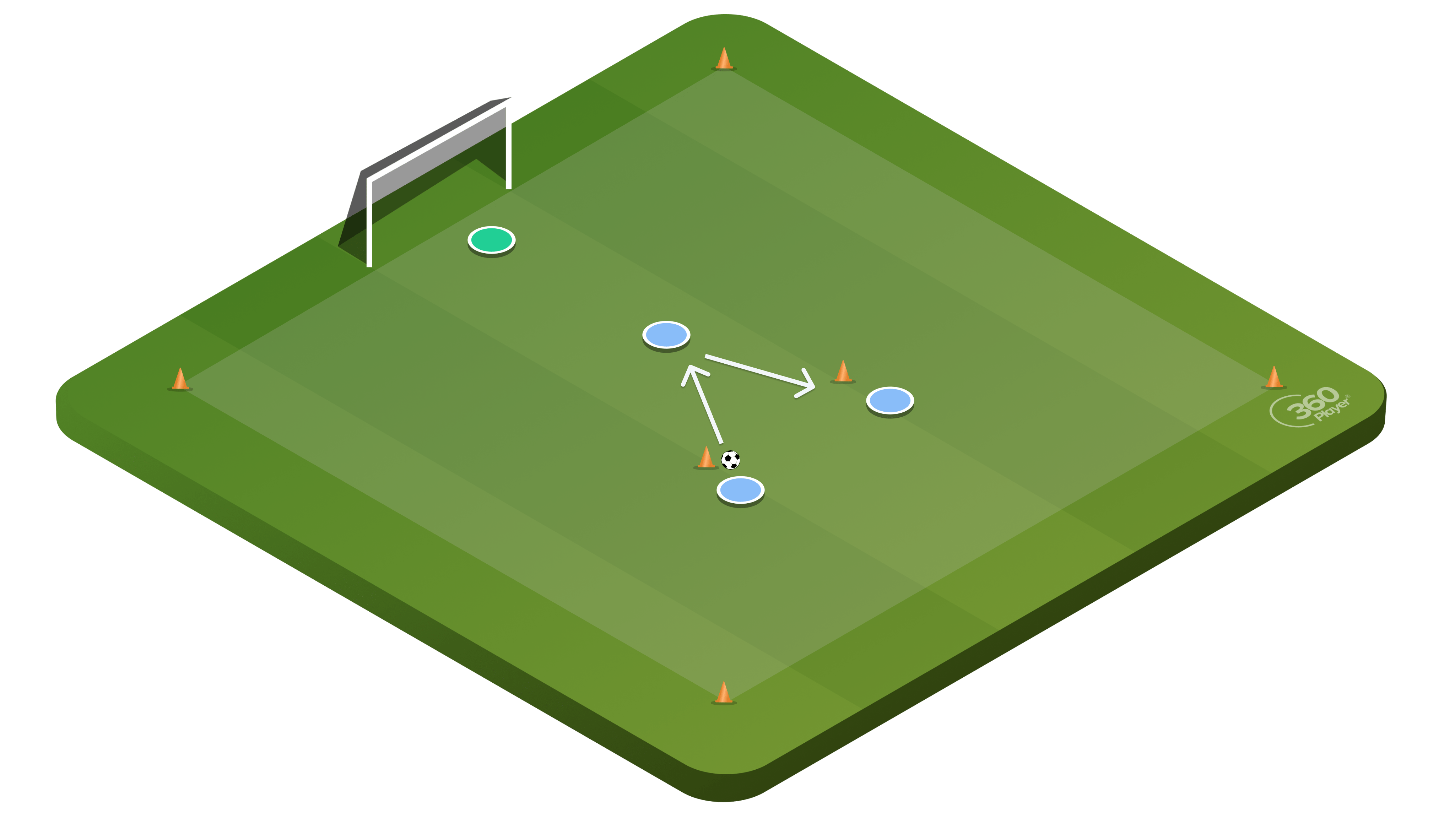 For this drill, first you need a large goal and goal keeper. About 25 m away from the goal place a couple of cones for lines of attackers. Have one player start towards the top of the penalty area as an attacker.

With this set up the drill can progress in several ways. The next natural progression is to turn the drill into a 2v1. In this variation the first player checks away once again, then comes back to receive a pass. This time as soon as they play it back the two lines of players attack against them in a 2v1 to goal.

For a final progression, send a few players out wide for the team to work on crossing. This time when the player at the top of the box returns the pass the ball is played out wide to a winger who dribbles down and crosses in.

Coaches should emphasize to the player checking to mimic a gamelike situation where they are checking in and out with pace. This will help them to lose their marker in a match and create more space for scoring chances. With this simple set up there are tons of ways to progress the drill so be sure to use variations that are best suited for your team.