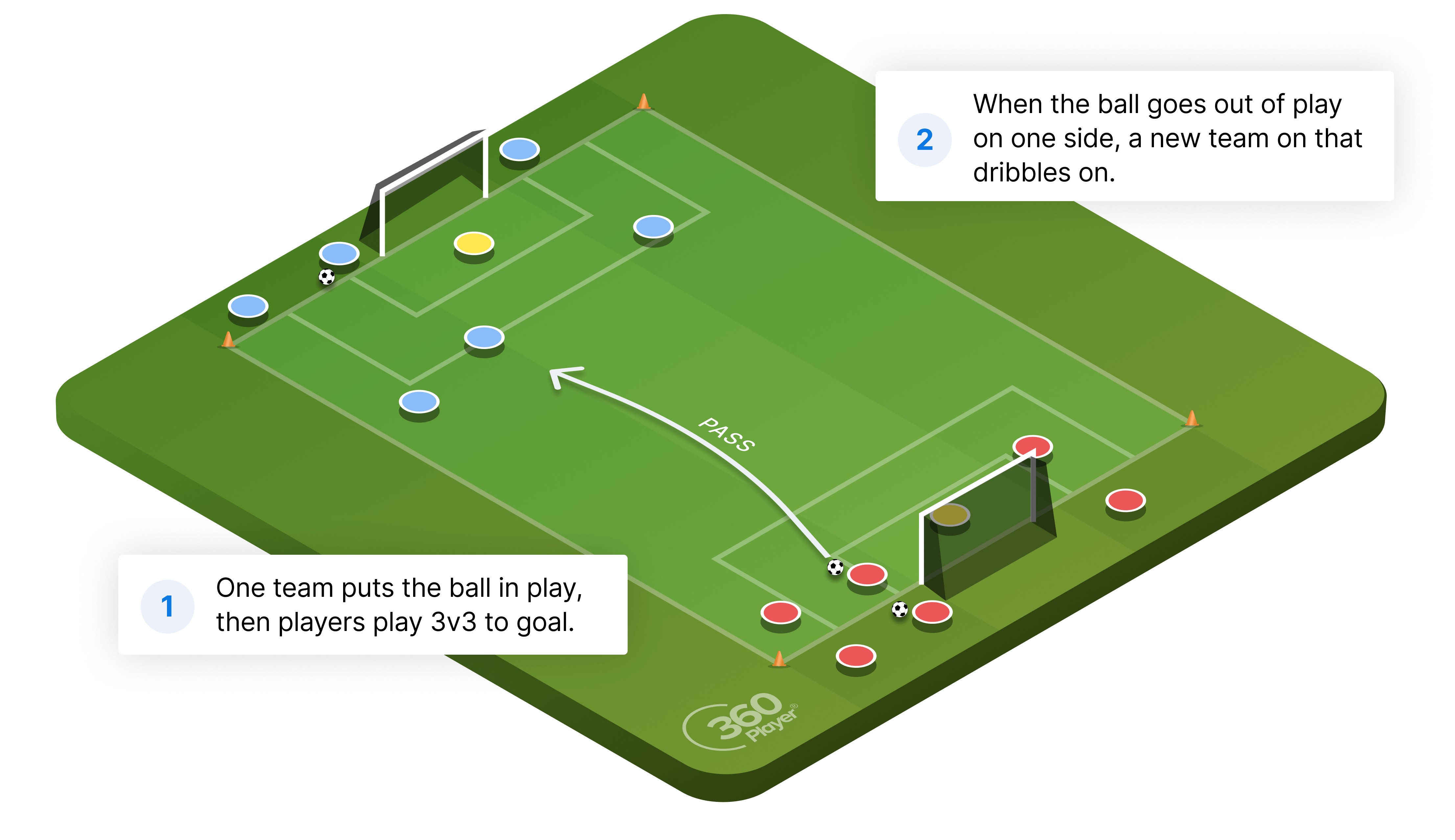 3v3 flying changes is a fast paced small sided game that can help players work on attacking quickly and finishing.

For this drill set up a field with large goals on either end. You'll need two goal keepers to defend the large goals. In addition, split players into two teams and have them form three lines on each end line.

The exercise starts with one team playing a ball out to the other on the opposite side. Once the ball is in play the two teams play 3v3 to goal. When one team scores or the ball goes out a play, a new team comes on and attacks quickly with the ball. Whichever side of the field the ball goes out of play on determines which side comes on to attack.

The offensive teams can gain an advantage by attacking quickly while the defensive team is out of position and transitioning from the previous wave. With this in mind, this is a great drill for coaches to emphasize speed of play and intensity.