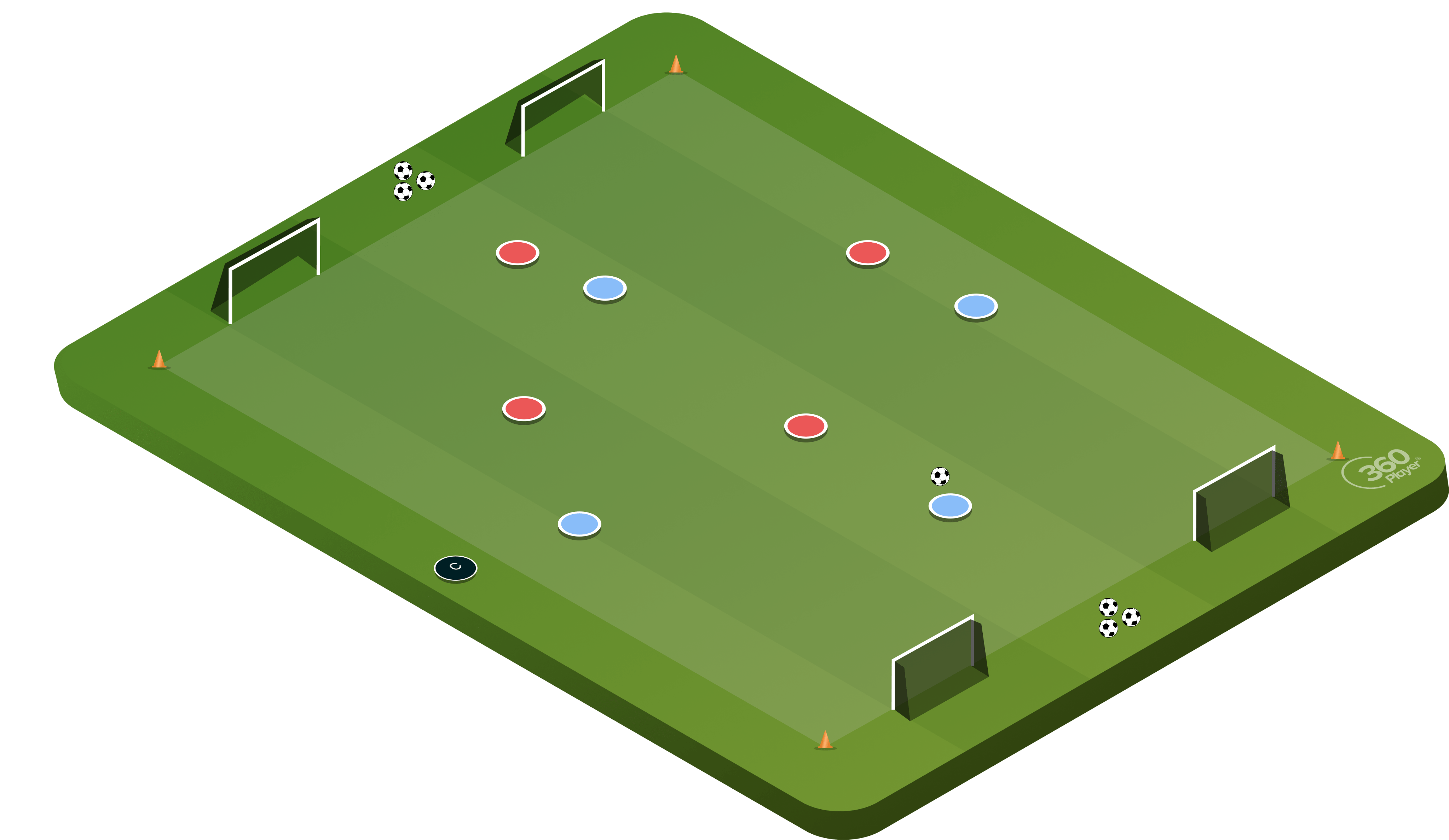 4v4 is a great size of small sided game to help players get lots of touches on the ball and in this variation with mini goals, keepers are not needed.

Create a playing area with two mini goals on either end. In addition, start with two teams of four.

The two teams of four go head to head trying to score on their opponent's mini goals. All the normal rules of a full sized game apply except players can do kick ins instead of throw ins and there are no corner kicks.

4v4 can offer coaches a chance to teach tactical concepts in a scaled down environment. Fundamentals such as spreading out in possession and staying compact on defense can be easier to point out in 4v4 as there are less players to organize.