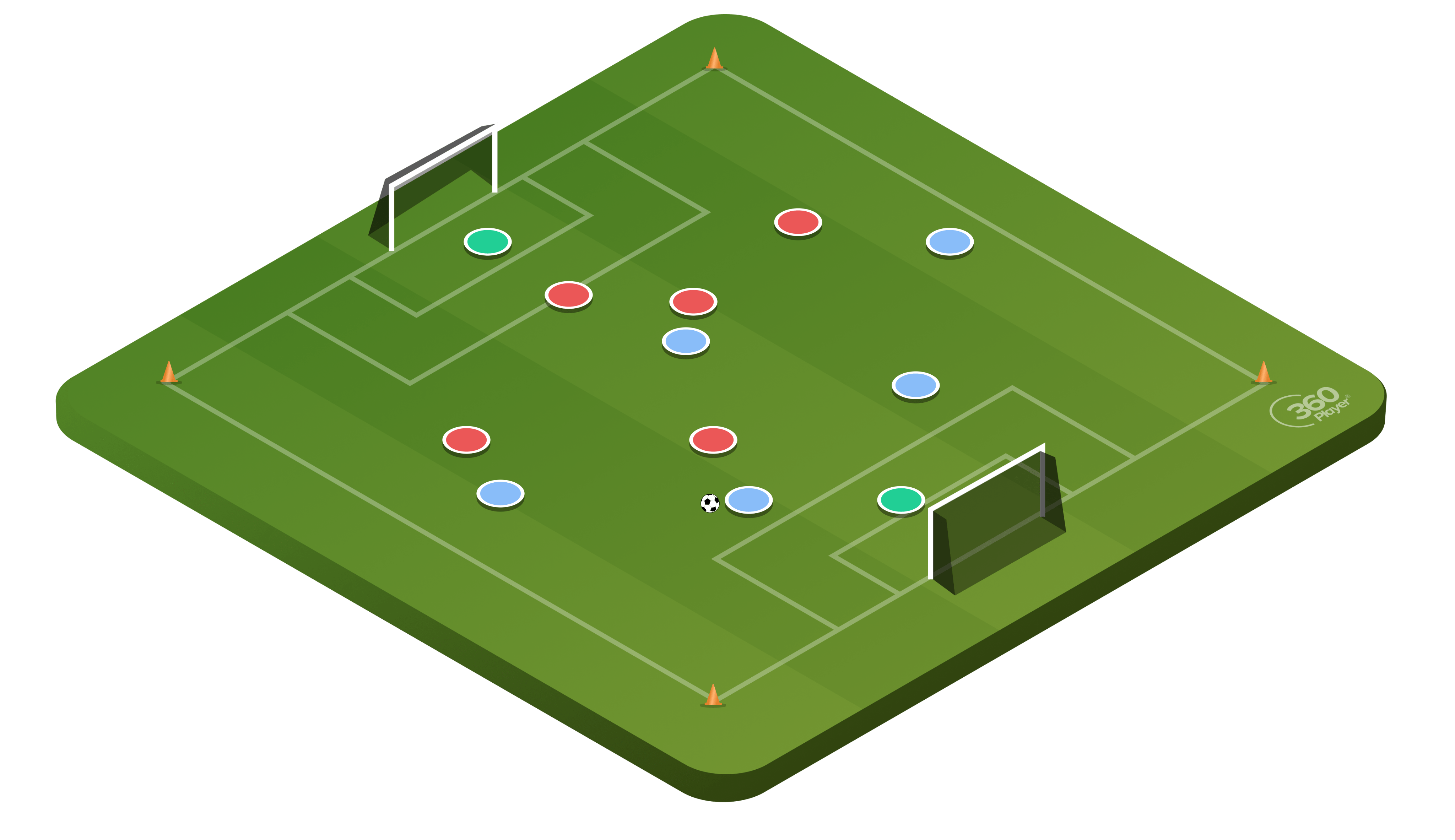 6v6 is a great size of a small sided game to work on tactical concepts and allow players to get more touches on the ball to improve overall.

Create a playing area with a large goal on either end as pictured in the diagram above. For this drill you'll need goal keepers in each goal and two teams of players each of which consisting of five field players.

The two teams compete with all the normal rules of a large sided game applying. If the ball goes out of play over a sideline, players can do kick ins instead of throw ins.

6v6 can offer coaches a chance to teach tactical concepts in a scaled down environment. Fundamentals such as spreading out in possession and staying compact on defense can be easier to point out in 6v6 as everything is much closer together.

6v6 is also a great game to get players competing against one another and get lots of touches on the ball. For some 6v6 tactical ideas, check out this blog post from The Mastermind.