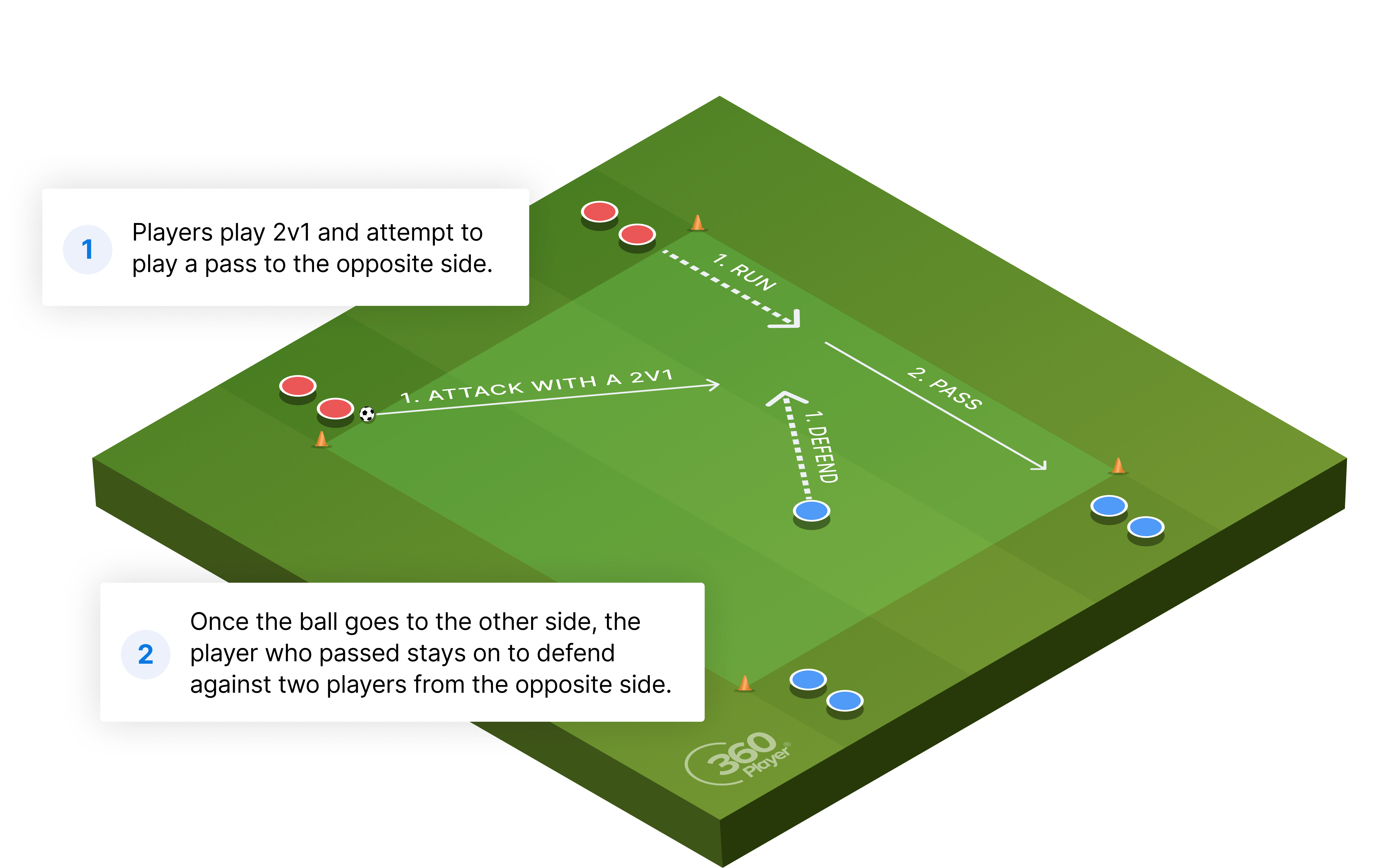 Back and forth 2v1s is a possessional 2v1 variation where players aim to combine with one another to get past a defender and play a ball in to the opposite side. Once this is achieved, the players on the other side attack in the opposite direction.

This is a fairly simple exercise to set up, just create a large rectangular grid and have players form two lines on either side as shown in the diagram above. Only one ball is needed for this drill.

One side starts with the ball and plays 2v1 versus a defender. The goal is for the offensive players to combine and make it past the defender before playing a pass into the other side.

Once the opposite side recieves the ball, the player who made the pass stays on to defend the 2v1 going in the other direction.

This drill offers players a chance to work on combination play, making runs into space, and finding ways to bypass a single defender.

For an added challenge this drill can easily be progressed to 2v2 where both players stay on after passing to the other side.