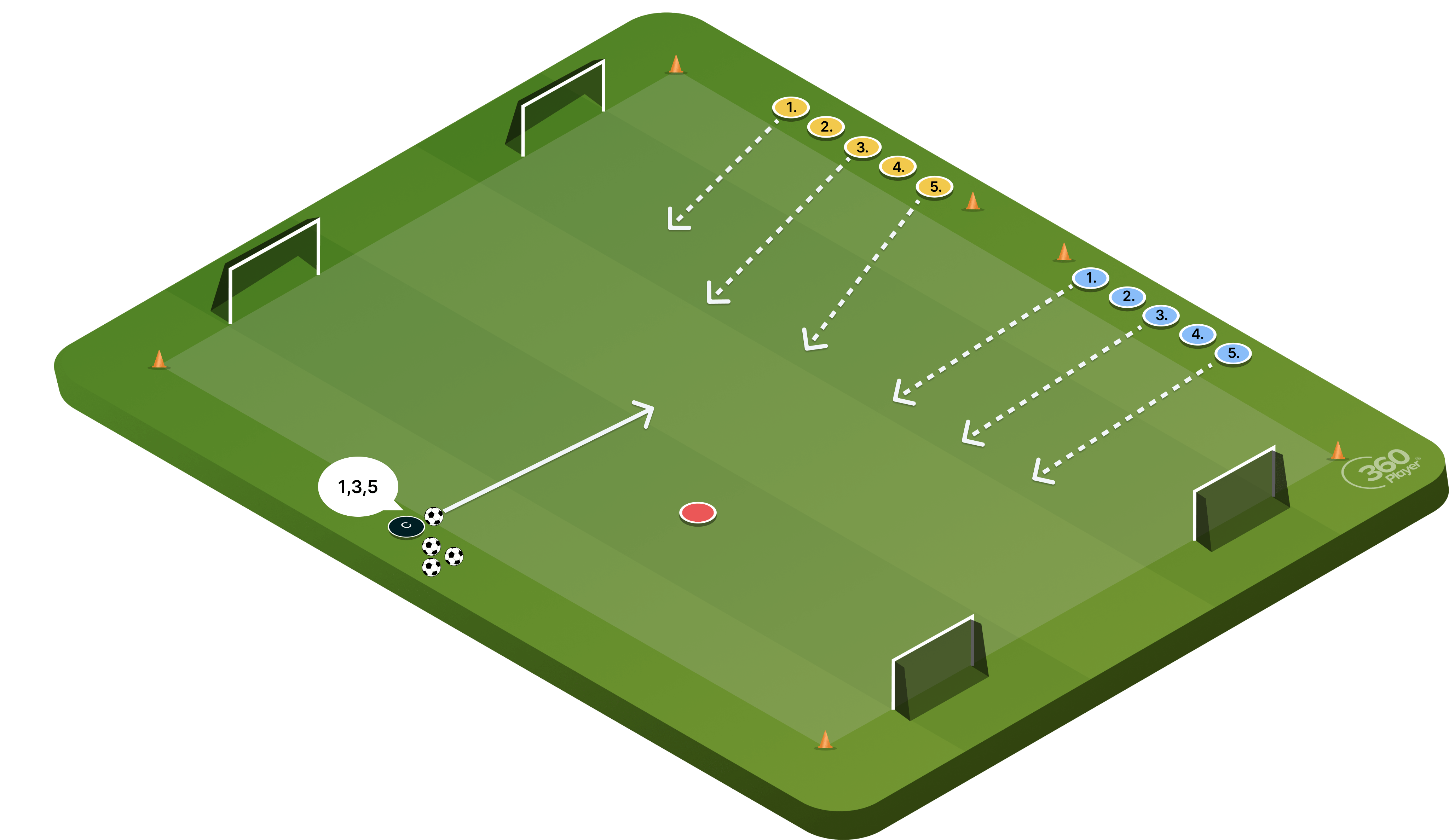 Call the numbers is a dynamic small sided game where the coach gives each player on either team a number. When a player's number is called, they come out and try to score against their opponents.

Divide players into two teams and number the players off so that each player has a number. Position the players on one side of the grid and be ready to get them going with a supply of balls.

The coach plays a ball into the grid and calls out several numbers. The corresponding players representing these numbers come out and compete against each other to try to score a goal. If a coach calls two numbers, the drill becomes 2v2. However, this could also work with 1v1, 3v3, 4v4, etc.

When the ball goes out of play the players go back to the start position and the coach calls all out new numbers.

Players need to constantly be on their toes and ready as they won't know which numbers will get called before hand.

The starting position of the players can also have an impact on this drill. For a more defensive emphasis have players start at their own end lines. To promote competition and winning 50-50 balls, players can be positioned on the same side line as shown in the diagram here.

Having a neutral player in the drill helps promote offensive play as the team in possession always has one extra person to help them keep the ball and go forward.

Coaches can emphasize awareness, teamwork, and communication in this drill. Tactical considerations may vary from coach to coach depending on their strategic preferences and goals for their team.