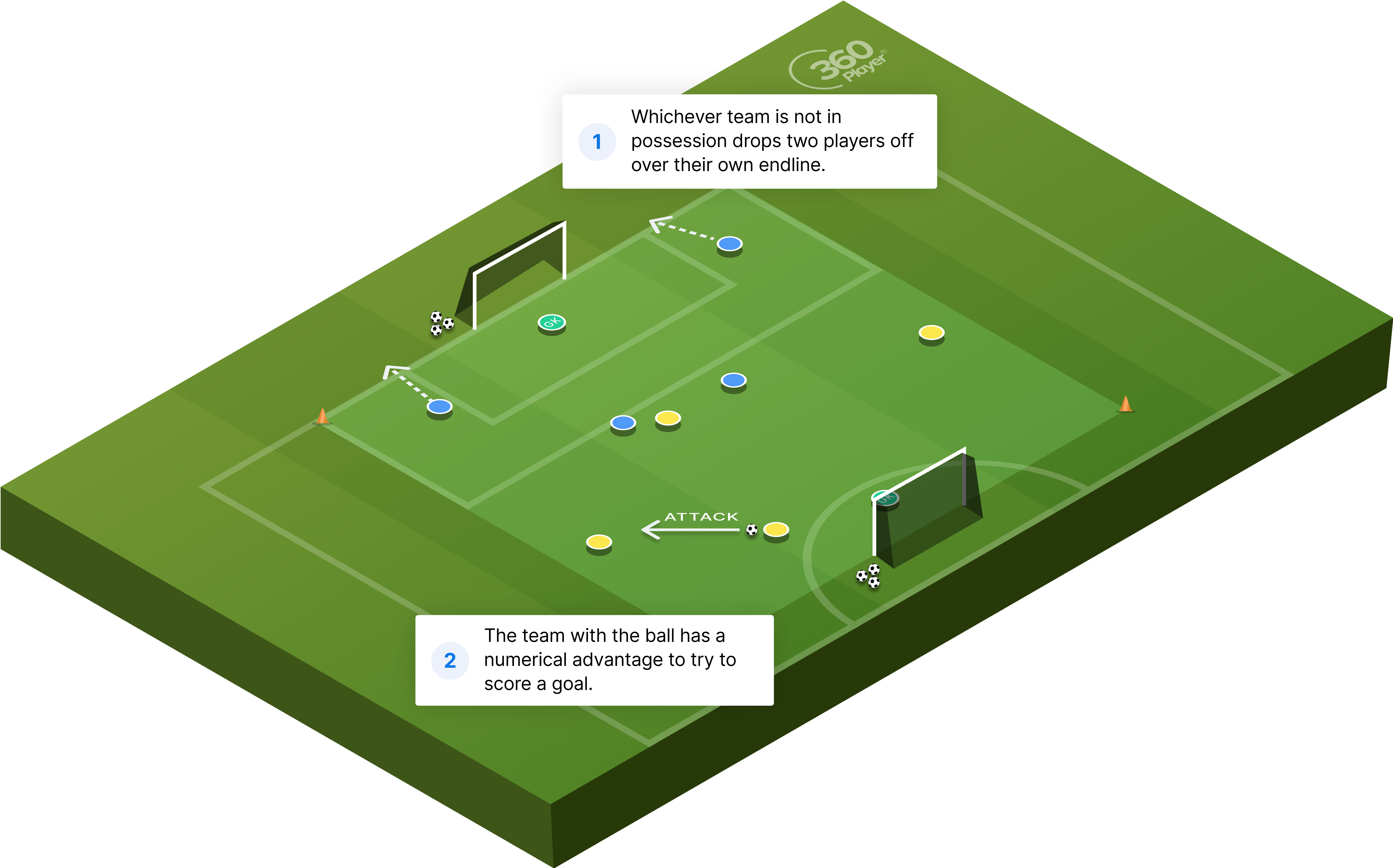 Defense drops two is simple small sided game where the team in possession has a numerical advantage in attack. This is because the defensive team has to take two players off over their own endline when the opposing team has the ball.

For this drill set up a field with large goals on either end. You'll need two goal keepers to defend the large goals. In addition, split players into two even teams to play against one another.

Similar to a normal small sided game the two teams go head to head, the only difference is the team without the ball has to drop two players off the field over their own endline. The moment a defensive team wins the ball, they can play it back to their players who are waiting allowing them to come in again. The team that lost the ball then must drop two players off their own side.

This game is helpful to work on attacking play because the team in possession has a numerical advantage. With this in mind, players can work on making smart decisions and good passes. Emphasize the use of combination play to break down the defense and score.