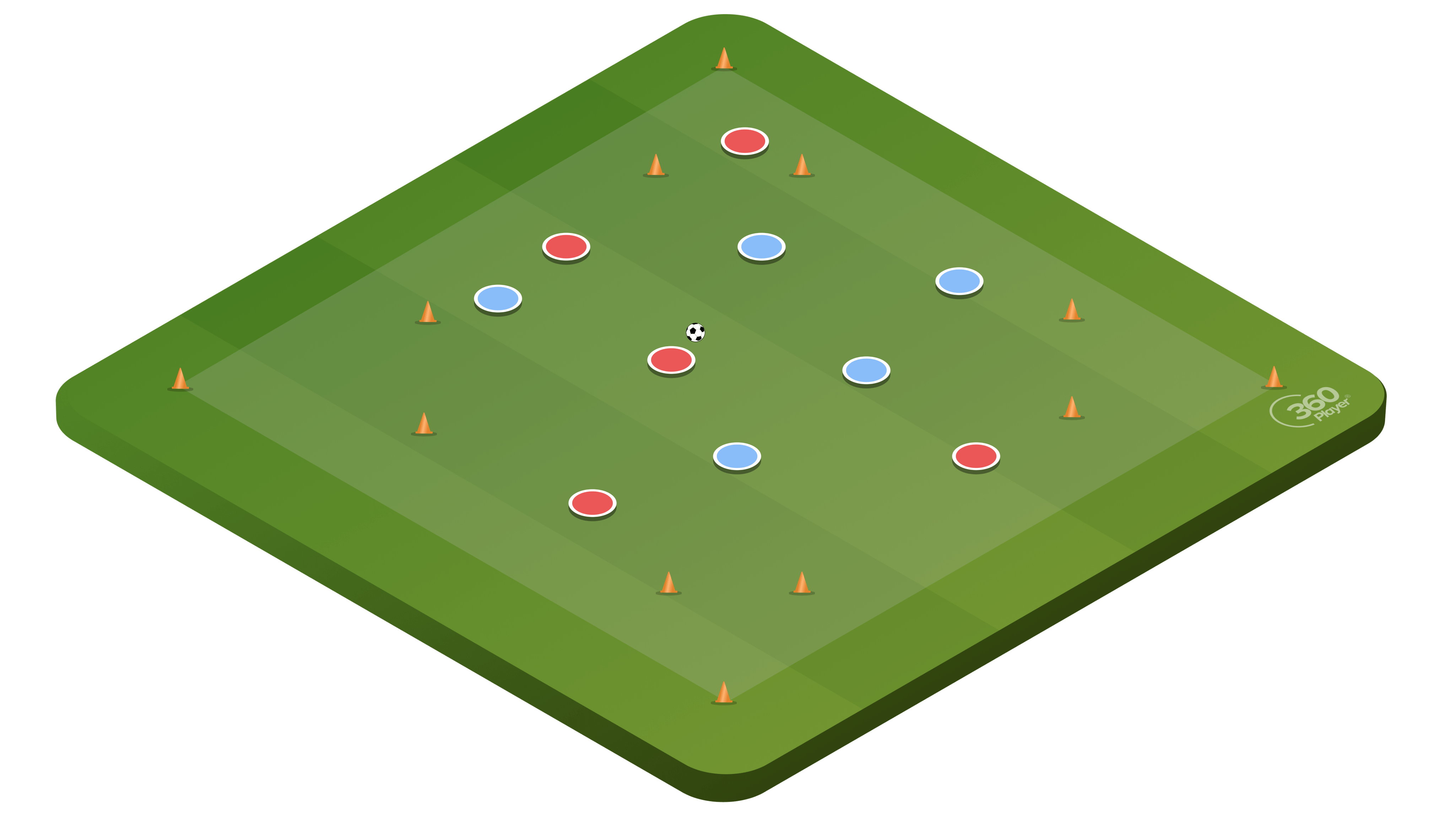 Diagonal four is a great possession game for players to work on vision and awareness as they can attack in four different directions to earn points.

Create a large grid with cone gates in each corner as shown in the diagram. Divide players into two teams. In addition, have a supply of extra balls ready.

The two teams compete to keep possession of the ball and can score points by passing through the cone gates to teammates. Once a team scores on one gate they can not score on the same gate twice in a row so they have to switch the play and try to score somewhere else next.

Movement off the ball is extremely important so that players on the ball have good passing options. Emphasize to players to look to find the open spaces and switch the field when it is on.

Neutrals can also be added to make this game easier for the teams when they are in possession.