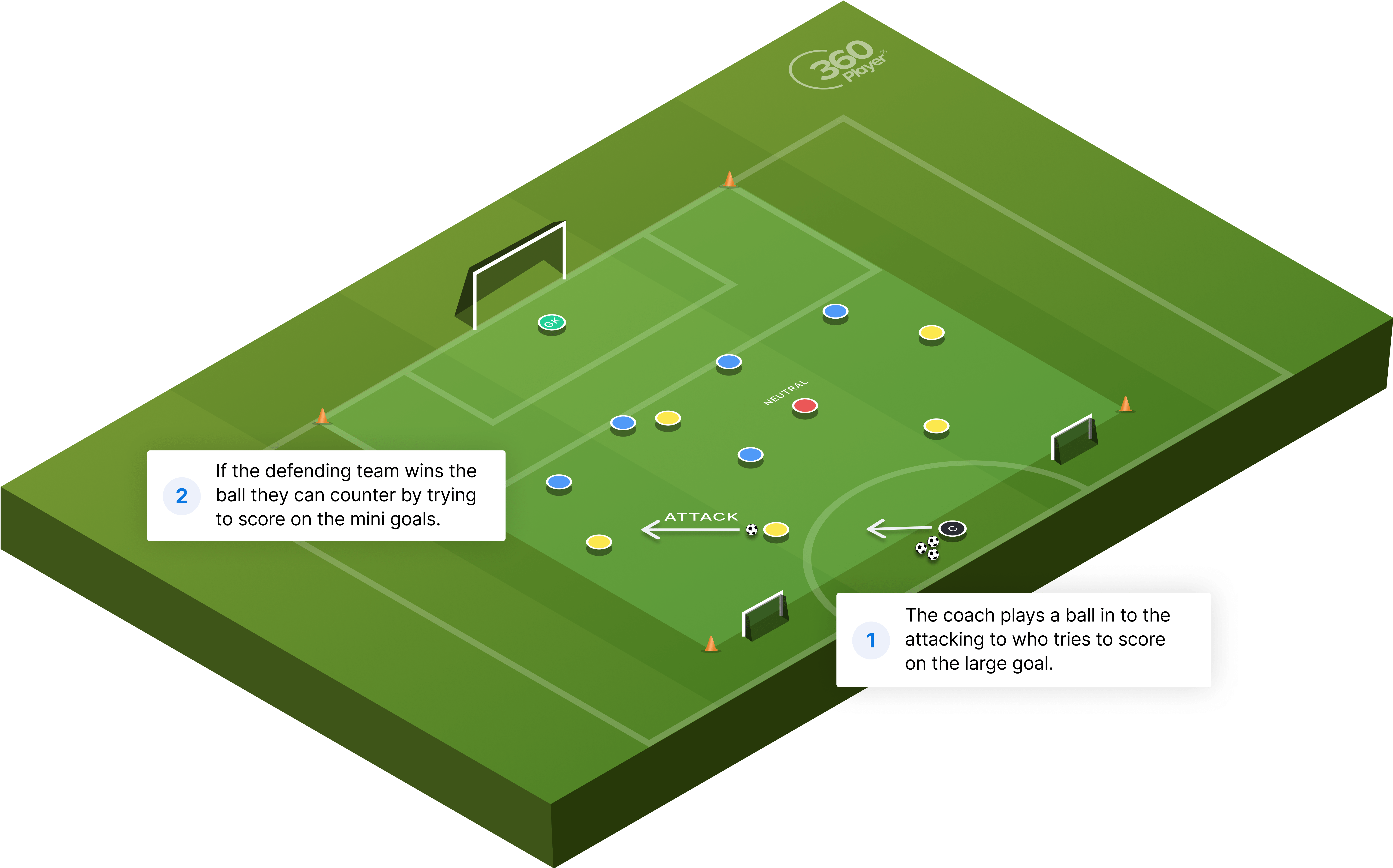 Half field attack is an excellent drill for teams to work on breaking down the defence in the final third.

First set up the playing area with a large goal on one end and two mini goals on the opposite end. Divide players into two even teams. In addition you'll need a goal keeper in the large goal and at least one neutral player. To make this game easier for the team in possession two or three neutral players could be used. The coach starts at the top of the drill with a supply of balls.

The coach plays a ball out to the attacking team who attempts to score on the large goal. The attackers work to break the defence down with the help of the neutral player who gives them a numerical advantage in possession.

In the event that the defenders win the ball, they can counter attack and try to score on the mini goals. The game proceeds as normal with the two teams going head to head. If the ball goes out of play a new ball can start up top with the coach.