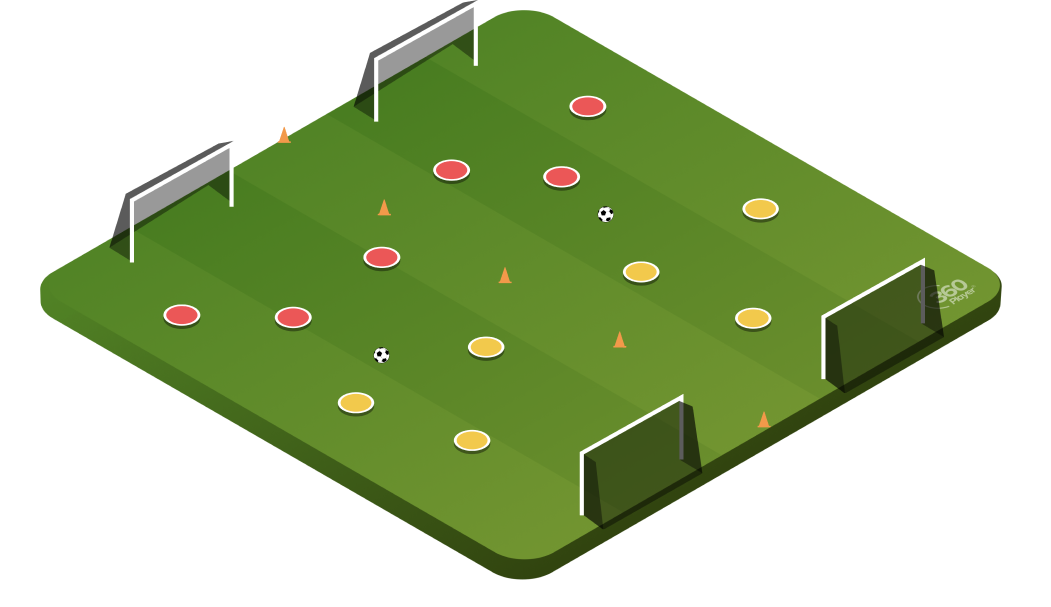 This small sided game is great for players to start thinking and applying about tactics and overloads to matches. It puts the emphasis on the players to create their own answers to the task set by the coach.

Create a playing area that is 40 yards wide and 30 yards long, this will be split into two pitches that are 20 wide and 30 long each. These pitches should be next to each other horizontally rather than vertical (as shown in the diagram).

This drill is very fluid in regard to numbers needed, if you have high numbers you could use goalkeepers in the goals or make the goals smaller if no goalkeepers.

You will need two teams, ideally equal numbers on these teams.

In order to turn this small sided game into a tactical understanding small sided game, the coach should used guided discovery as his teaching style. They will outline the task and the rules and then let the players come up with their answers.