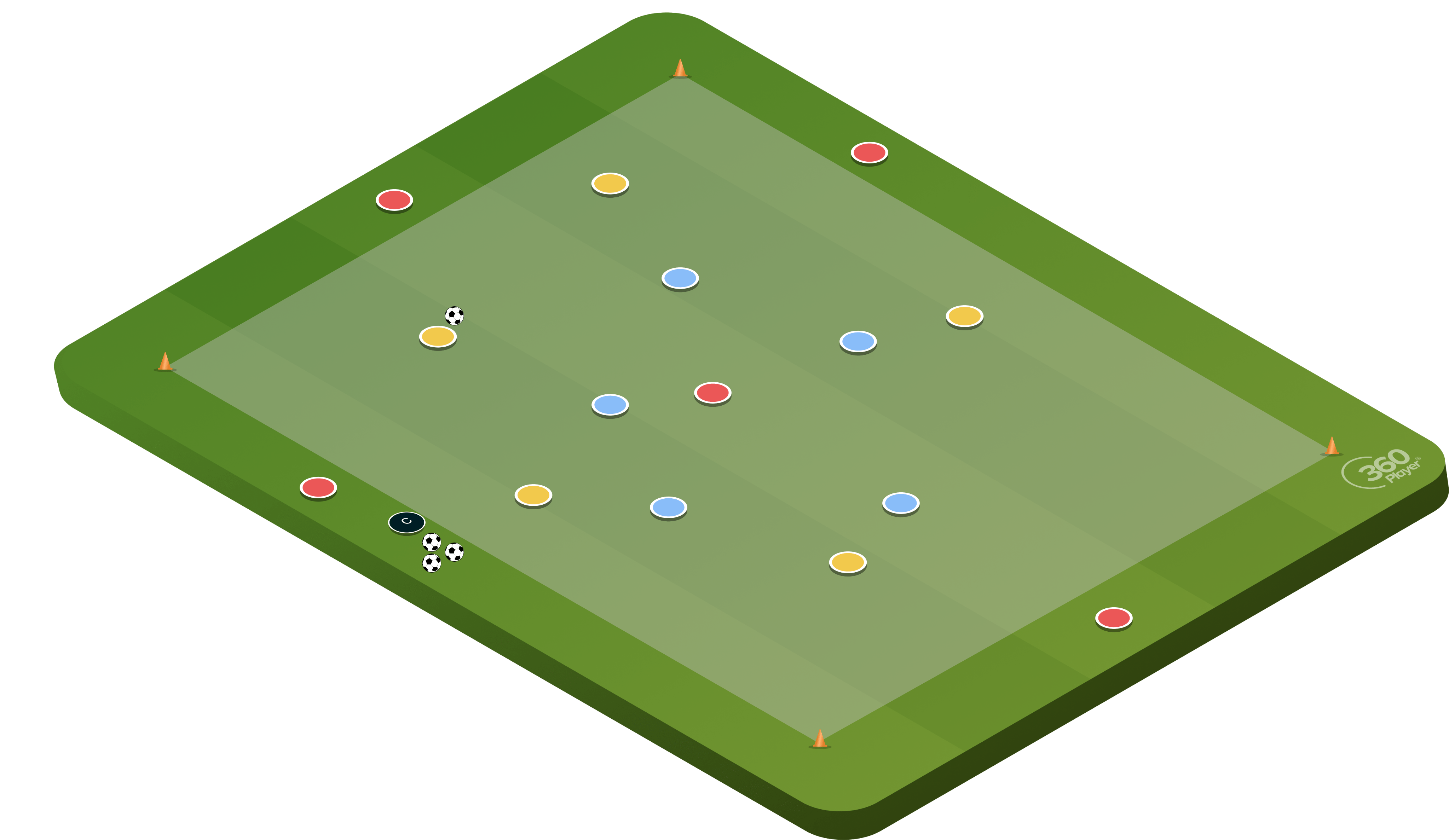 Keep away to target players is a competitive, free flowing possession game where teams earn points by going from one side to the other.

Create a large grid and divide players into two teams to compete against each other. Add neutral players to each of the four sides of the grid. The two neutral players on the end act as target players. You can also add a neutral player in the middle to make keeping possession easier for your players if you wish.

The two teams compete to keep possession of the ball. Once a team connects a minimum number of passes in a row they can play it to the target player in the direction they are attacking for a point. The players can use the neutrals on the outside to help keep possession, however, the outer neutrals can take no more than two touches.

This is a great drill for players to work on being patient, creating space, and moving the ball around. In addition, it can get very competetive!

One thing to keep in mind is that players need to constantly be aware of which direction their team is attacking. This is because as soon as a team scores a point the direction of their next attack flips. This makes concentration important for both teams.