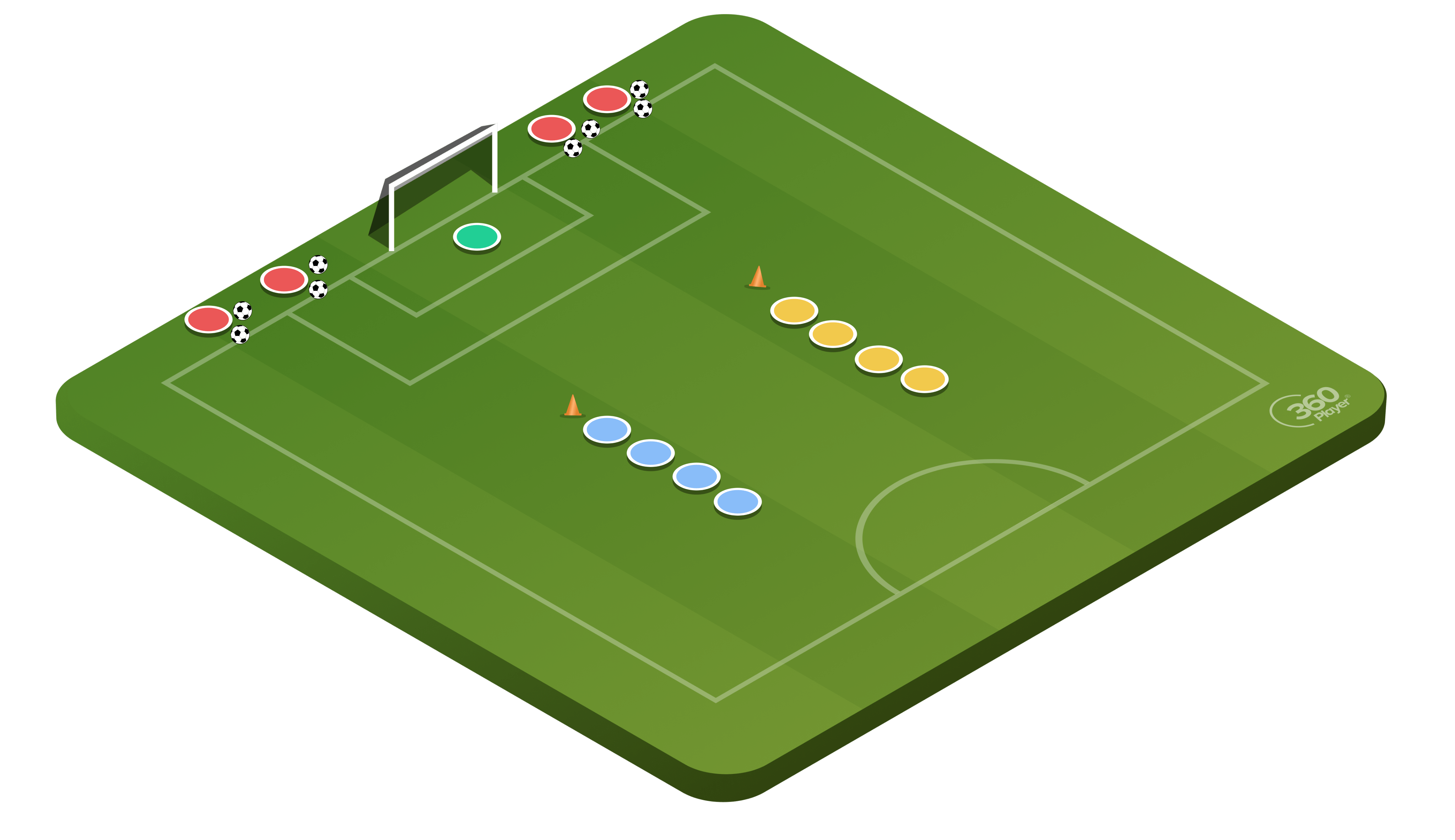 The three team shooting contest pits three teams against each other to see which can score the most goals.

Divide players into three teams and have two of the teams form lines outside the top of the box. The third team starts behind the end line with balls to serve to the shooting teams. Be sure that you have a goal keeper to defend the large goal.

The serving team takes turns playing balls in to the two shooting teams until each team has had a given number of attempts.

Whichever team scores more goals wins. The losing team becomes the serving team in the next round.

This drill offers players a chance to work on shooting and practice technique in a fun and competitive envrionment.

Keep in mind that this activity works best with smaller groups to minimize downtime. It's best to avoid large groups with long lines and lots of players standing around. Teams of 3-4 are the best!