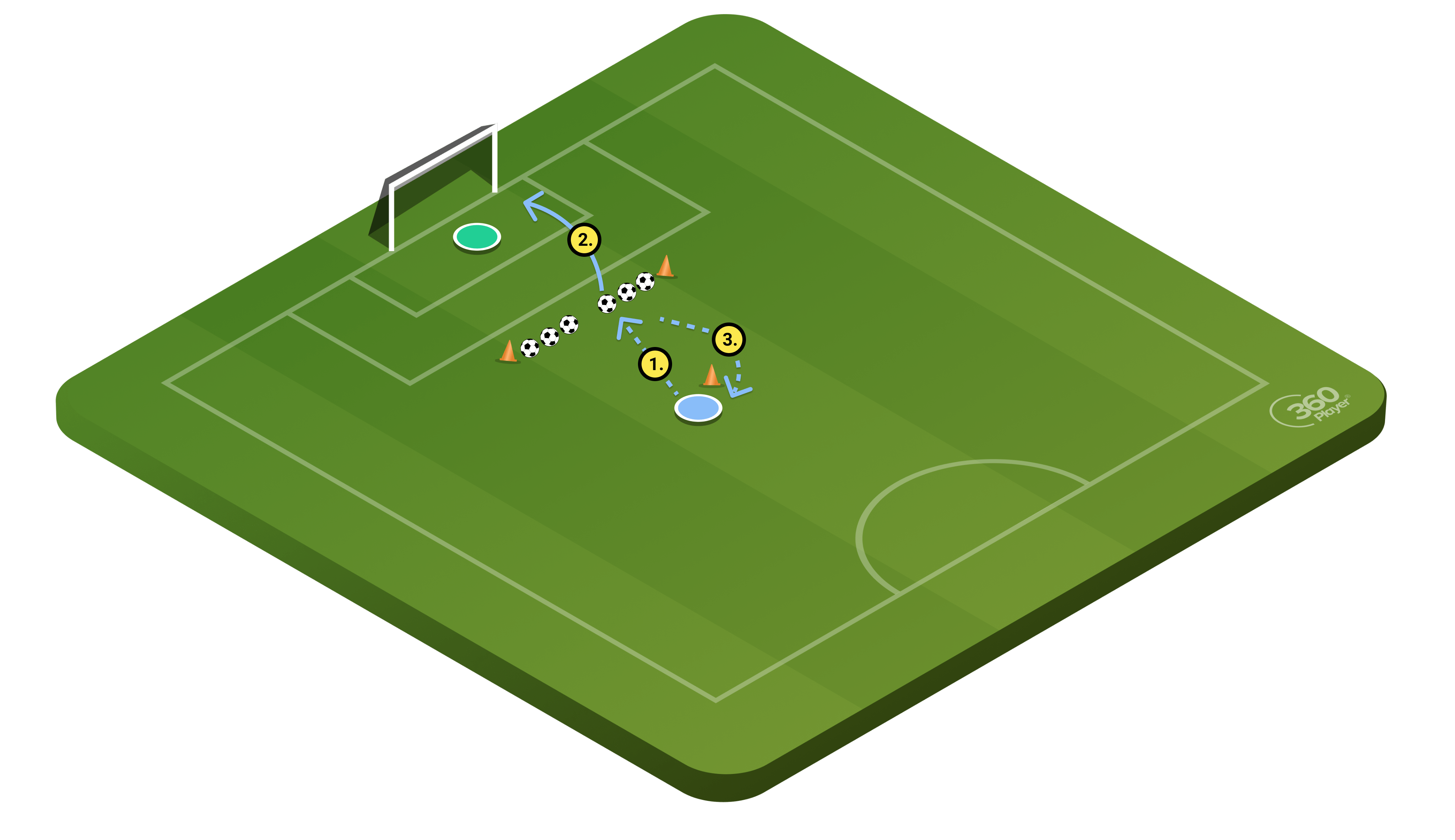 Six shooter is a shooting challenge where players take three shots with each foot and see how many shots they can score out of six.

Place six balls just outside the top of the penalty area with three a bit to the left and three a bit to the right. 5-10 meters behind the balls place a cone for the shooting player to start. Also have a goal keeper defending the large goal.

When the shooter is ready they start by running to the innermost ball on the right hand side and shooting on goal with their right foot. Once they shoot, they run around the outside of the start cone, and shoot with their left foot with the first ball on the left side. The shooter alternates back and forth, running around the start cone each time until all six shots have been taken.

This is a great drill to use with individuals to practice shooting with both feet but it isn't the best for large groups as you want to avoid having too many players waiting. Emphasize proper shooting technique and have players challenge themselves to see how many they can score out of six. A coach can also increase the number of balls and use this drill as a way to assess a player's shooting ability.