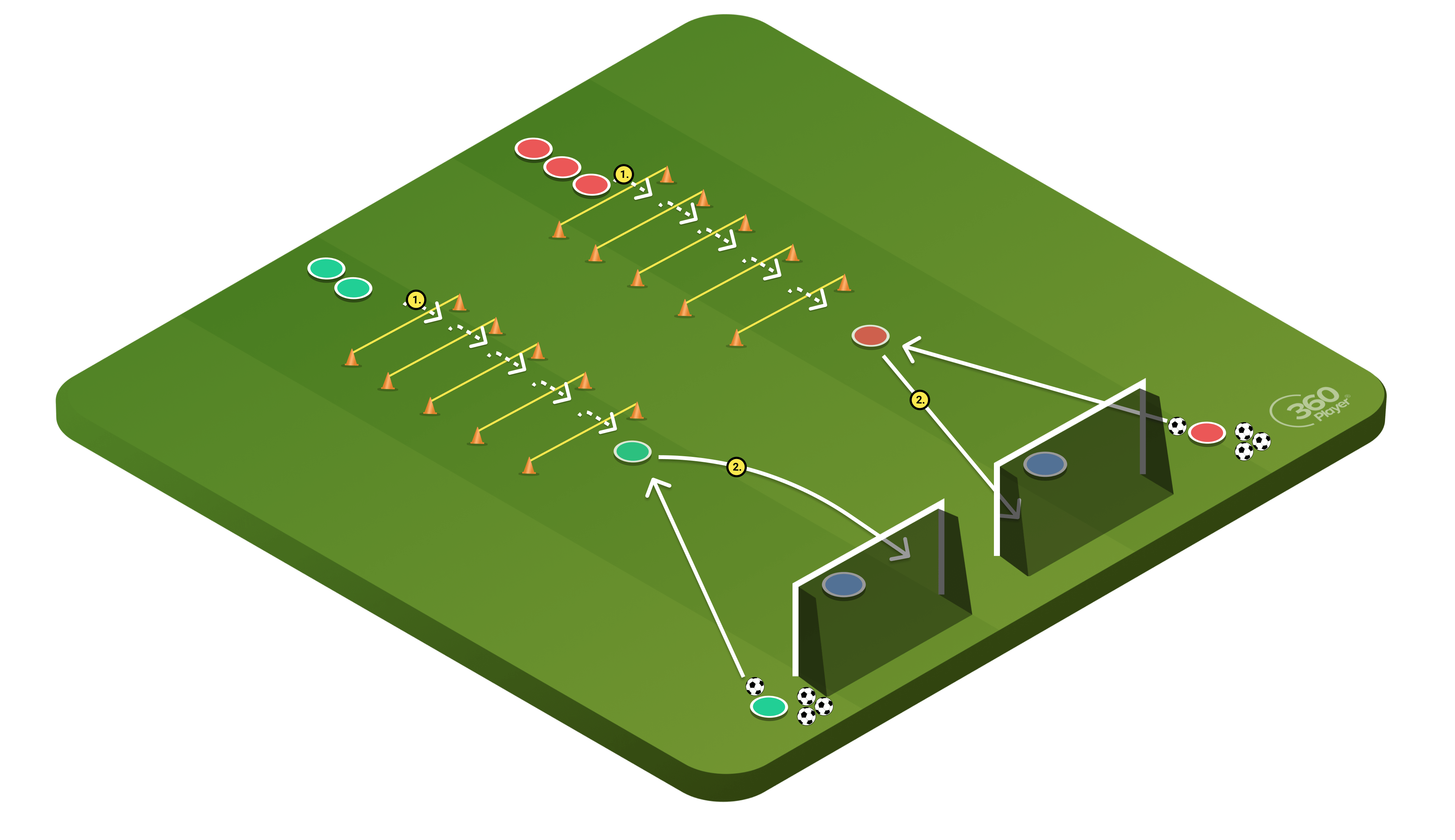 The plyometric finishing drill is a great way for players to work on speed, agility, and finishing all at once.

Players perform different movements going over and around the plyometric sticks and then recieve a pass and shoot on goal to work on finishing.

Since players are relatively close to goal they should be focused on placing their shots accurately into the corners. Coaches can require players to finish with one or two touches if they wish.