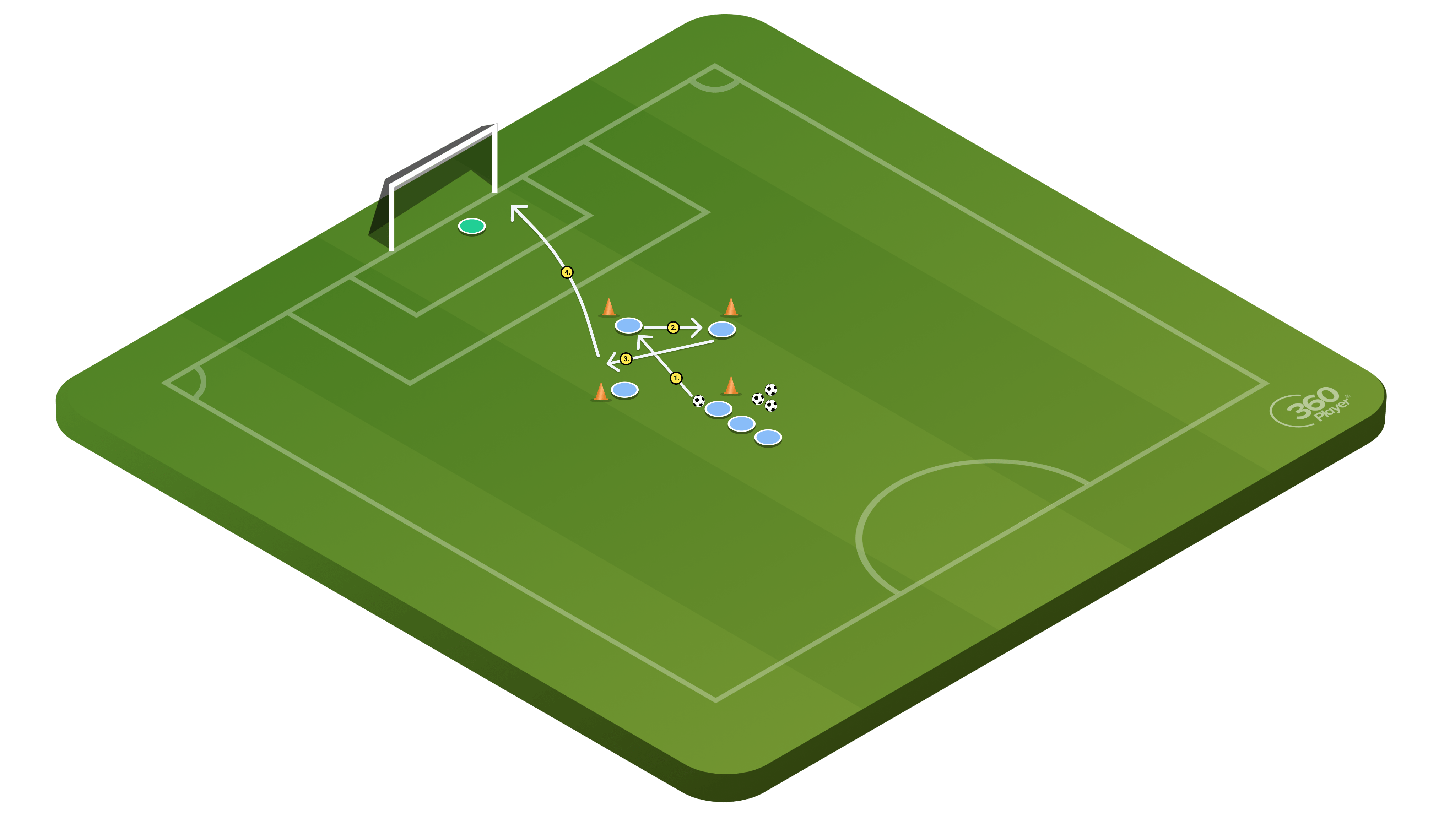 Passing diamond to finish is a shooting drill where players perform a quick series of passes before having a go on goal.

For this drill, first you need a large goal and goal keeper. About 15 m away from the goal place four cones in a diamond shape. Have a player start at each of the three cones nearest the goal. At the cone furthest away have a line with the rest of the players and balls.

The line with the balls starts by playing a pass straight ahead to a player who then passes to their left. The player who recieves this second pass plays the ball across and through to the other side to a player who takes a touch and shoots on goal.

All players follow their passes and take up the position where they passed to for the next ball. The player who shoots goes to the back of the start line with the balls.