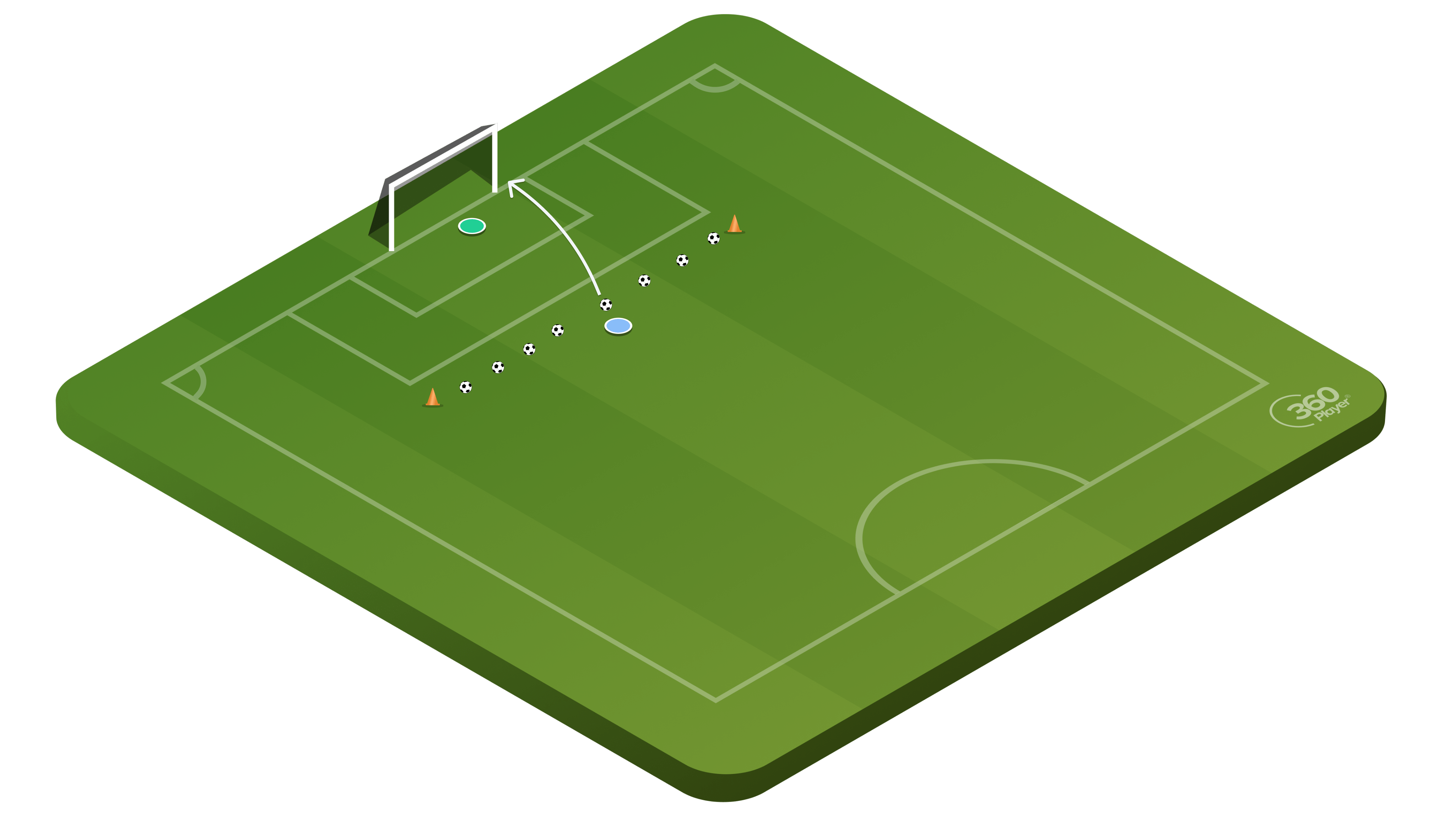 For this drill you need a large goal, a goal keeper, a shooter, and a line of balls just outside the penalty area.

The shooter shoots each ball one by one trying to score on the goal keeper. It's a very simple drill but it's a great opportunity to work on fundamental shooting technique and placing shots in good areas to finish.

One way to make this drill more exciting is to make a competition out of it. For example if there are 10 shots total, keep track of how many the shooter scores out of 10, then try to have them beat their score the next round. They can also compete against the goal keeper.