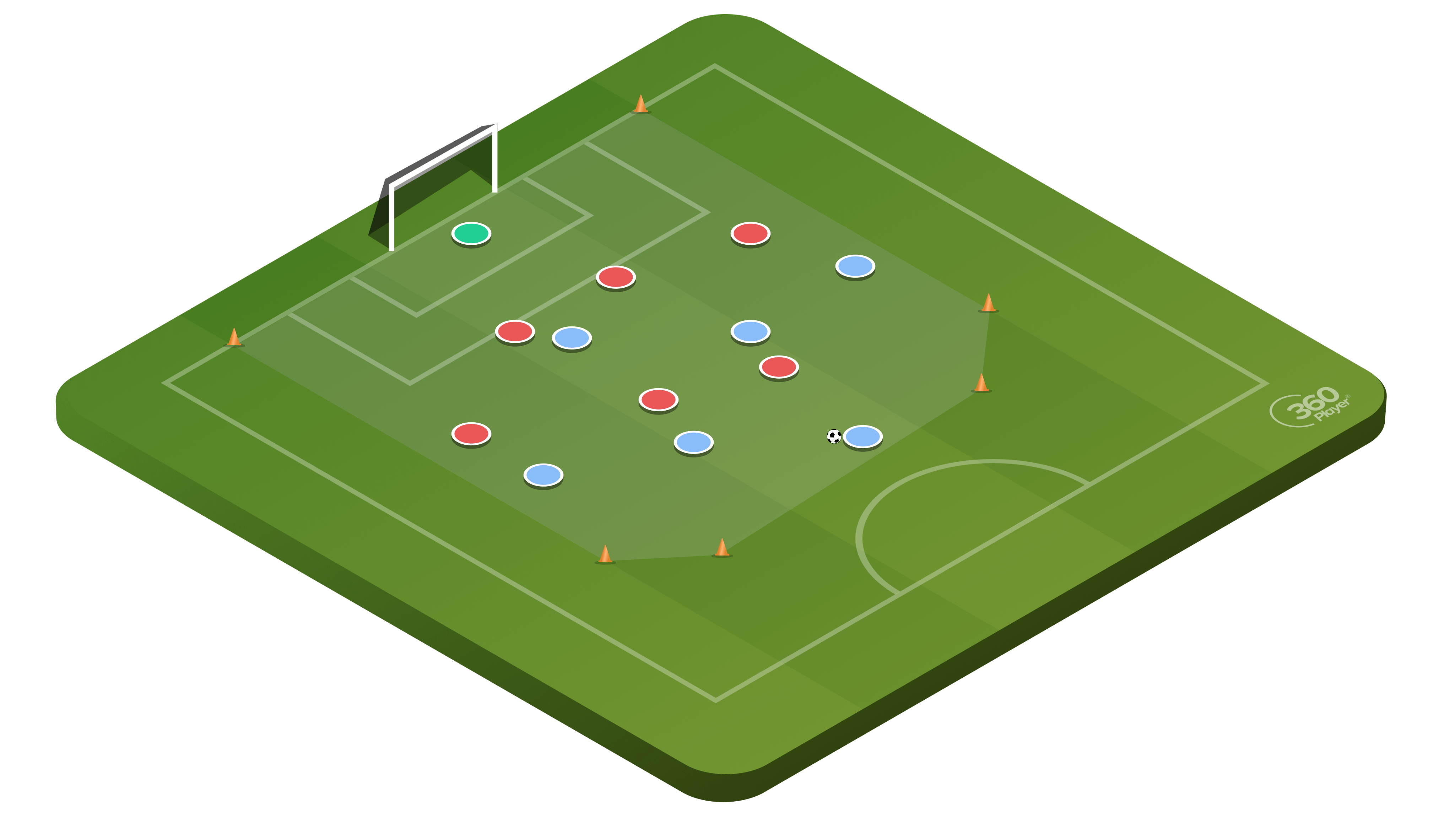 6v6 is a great size exercise to work on tactical concepts, especially when it comes to the back line and defensive midfielders against the attackers.

First set up the playing area with a large goal on one end and two mini goals or cones at the opposite end. You'll need a goal keeper in the large goal. Divide players into two teams of six.

The team attacking the large goal starts with the ball and they work to break the defence down and score.

In the event that the defenders win the ball, they can counter attack and try to score by dribbling or passing through the cones/mini goals opposite them. The game proceeds as normal with the two teams going head to head. If the ball goes out of play a new ball can start up top with the attacking team.

On the opposite side of the ball, defensive organization is very important and depending on a coaches tactics, either man to man or zonal defending can be used.

Adapt this drill to suit your own tactical needs and don't be afraid to pause the drill to make the coaching points you feel are relevant to help players learn.