Unlock Neutrals Five A Side 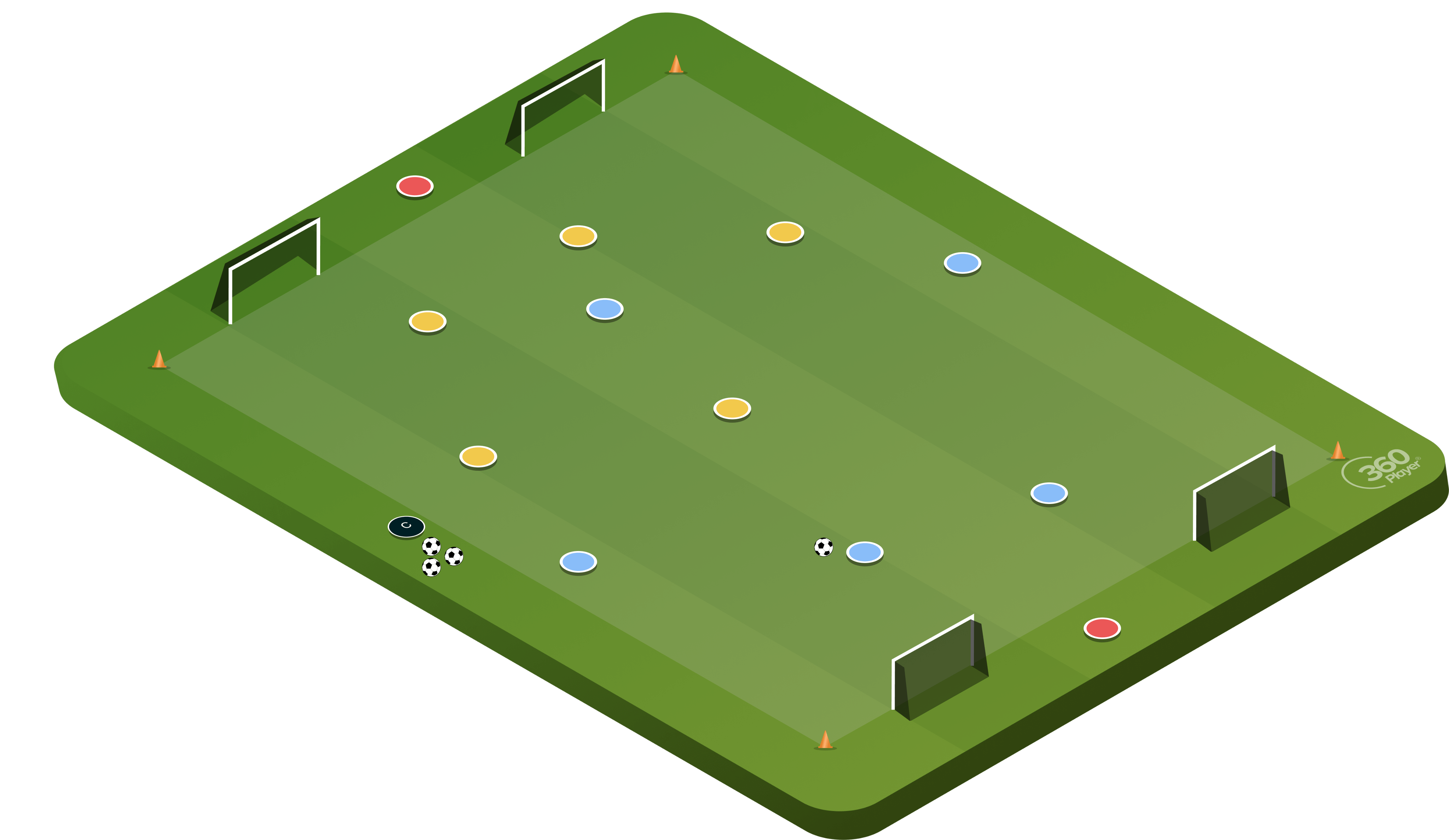 Unlock neutrals five a side is a mini game where a team can unlock players to join their team if they complete a certain amount of passes first.

Create a large grid with two mini goals on either side. Divide players into two teams to compete against each other and add neutral players to each of the endlines. You can also add a neutral player in the middle to make keeping possession easier for your players if you wish.

The two teams compete to keep possession of the ball and score. If a team connects a minimum number of passes in a row they can play it to a neutral player who can then join the offensive team in their attack. Teams can always use the neutral players as options but they can not be 'unlocked' and come into the grid unless a team has completed the minimum number of passes first.

This small sided game provides an opportunity for players to compete and score while also giving them an additional incenntive to keep possession of the ball. If you're a coach who wants to cultivate a possession style of play within your team, this is a good way to reward your players for keeping the ball.