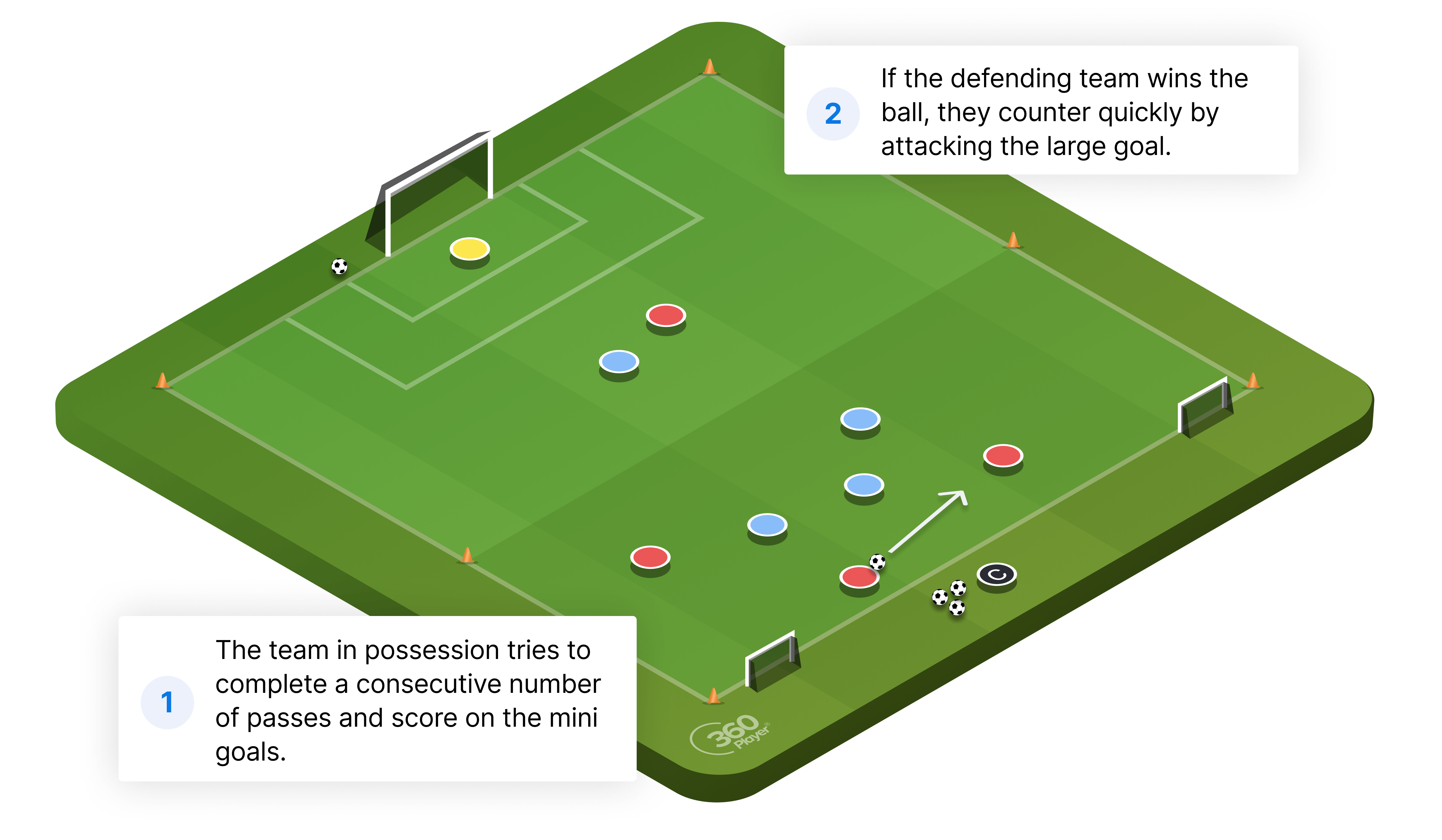 Win the ball to counter is fun small sided game that combines elements of keep away and counter attacking in a competitive drill between two teams.

Create a playing area with a large goal on one end and two mini goals on the other end. Divide the field into two regions. The region nearest the mini goals is the 'rondo' keep away region. The area with the large goal is the counter attacking region.

Divide players into two even teams. Position one player from each team in the counter attacking region while the rest of the players start in the keep away region. You'll also need a goal keeper to defend the large goal and a supply of balls at the top of the drill as pictured in the diagram.

The drill starts with the coach playing a 50/50 ball into the keep away region. The team that wins the ball plays keep away from their opposition, trying to complete a minimum number of consecutive passes. The number of passes required can vary depending on the skill level of the players.

Once the team in possession has completed the minimum number of passes they can proceed to trying to score on the mini goals.

This is an excellent drill because it helps players work on developing important passing skills and keeping possession of the ball at times where as the emphasis at other times is speed of play and capitalizing on scoring opportunities quickly.

Encourage players to work hard to win the intial 50/50 ball. The team that wins it needs to work together and move off of the ball to connect good passes and keep possession. The counter attacking team should apply relentless pressure and press the ball to create a chance going the other way.