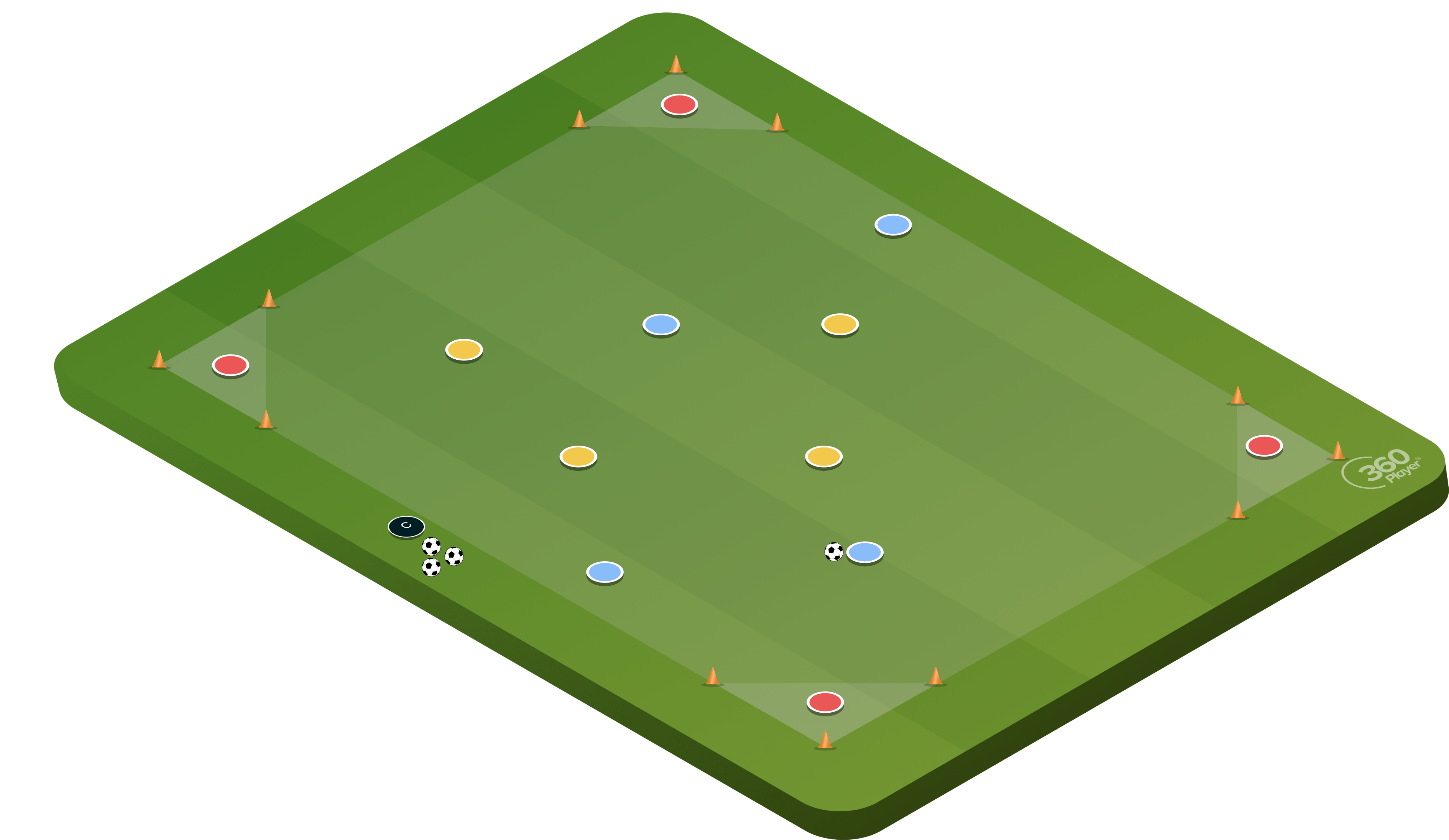 The two teams in the middle compete to keep possession of the ball. Once a team connects a minimum number of passes in a row they can play it to a target player in one of the corners for a point. The players can also play to the neutrals in the corners to help keep possession, however, it doesn’t count as a point unless they have completed the minimum number of passes first.