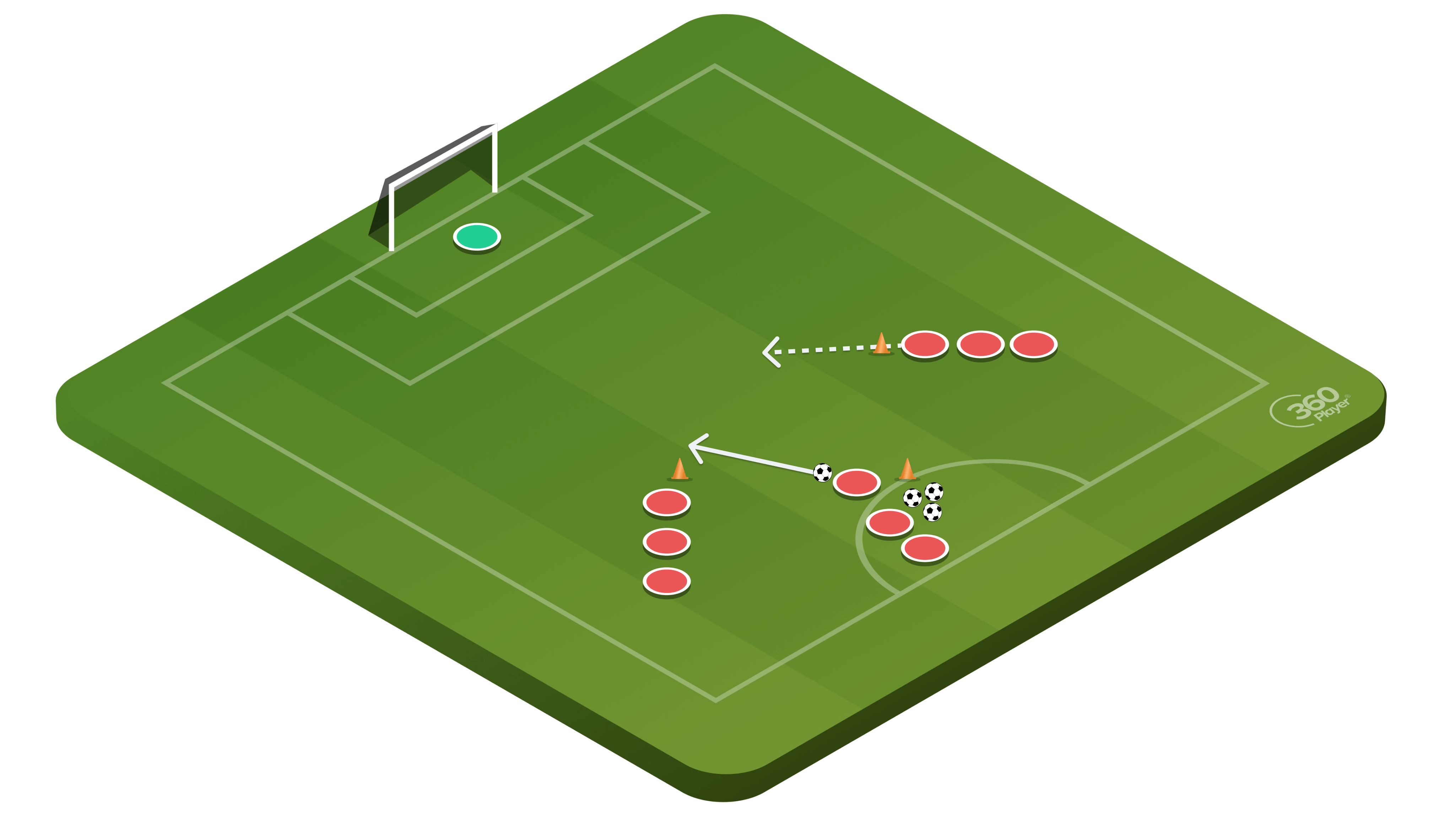 2v1 pick a side is a fast paced finishing drill where a player's initial pass determines who is going to aid in the attack and who is defending.

Create a playing area with a large goal and goal keeper at one end. Divide players into three lines, two of which start a bit closer to the goal and one of which hangs back with a supply of balls as pictured in the diagram.

The player starting with the ball chooses one of the players in front of them to pass to. The player who recieves the pass becomes the attacker's partner in a 2v1 against the player who didn't recieve the ball. The attackers attempt to score on goal. When the play is dead players rotate to the next line in a clockwise rotation.

Players need to constantly be on their toes and ready as they won't know who will be attacking and who will be defending until the pass is made. Be sure that players rotate lines so that everyone gets the chance to experience different roles.

In 2v1 situations the offense outnumber the defence so they should be able to get quality shots off on goal. In a real match more defenders are surely running back to help defend. To simulate this added pressure, coaches can time the groups so that they have to shoot within a given amount of time, otherwise it's dead.