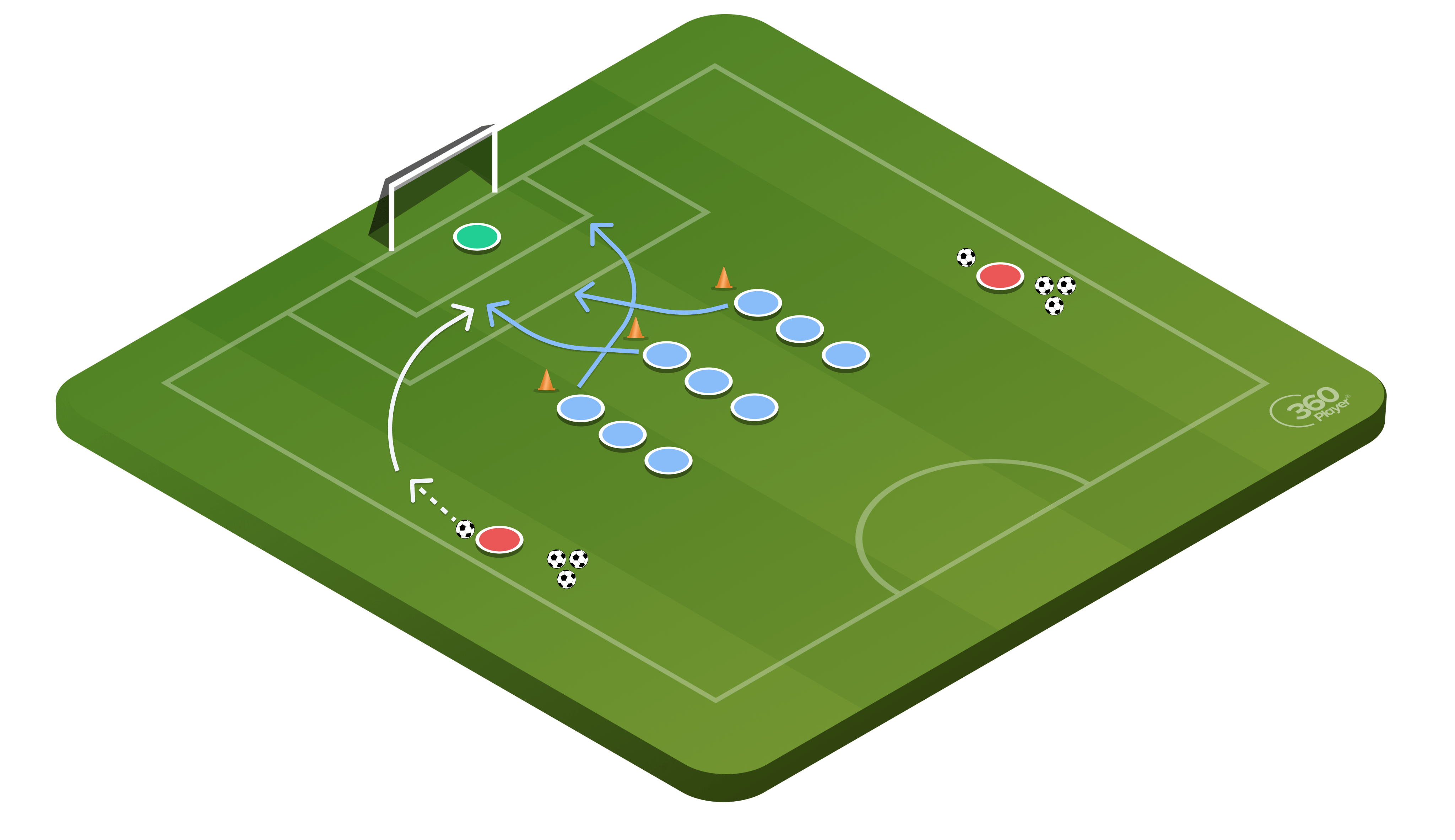 Simple crossing and finishing is an easy way to help players work on making runs into the box and scoring from balls coming in from the wide areas.

To prepare for this exercise, set up 3 cones between 20-30 meters away from a large goal. These cones function as a place for attacking players to form 3 lines.

In addition, have a crosser on each side start out wide around 30 meters away from the end line. In order to quickly transition between groups, it's nice if each crosser has a supply of balls at the start of the drill.

In order to go against defenders, defenders can start at the posts and you can place a goal keeper in goal. Often times it's nice to start without pressure and then gradually add defenders as the offense gets comfortable and needs a challenge.

The exercise begins with one of the wingers dribbling down the flank and sending a cross into the penalty area. The offensive players attack the cross and try to finish on goal while the defenders try to clear the ball away.

Once a goal is scored or the ball goes out of play, the winger from the other side begins the cycle again with the next players in line.

Attacking players should look to mix up their runs in order to find space to finish. Timing is also very important to keep in mind when making runs into the box. In addition, the crossers should work on delivering the ball in an area where the goal keeper can't take the ball and their teammates can finish.