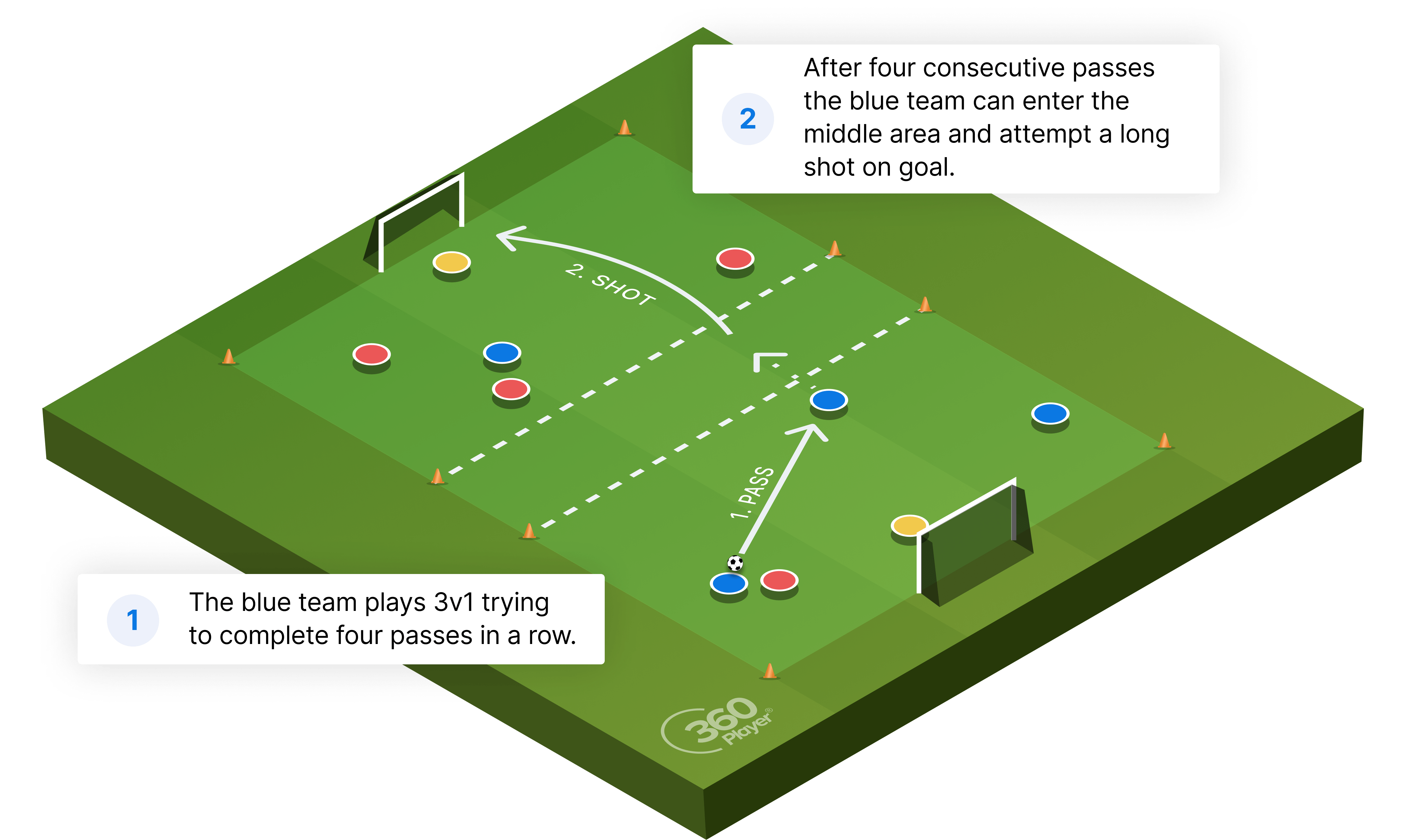 The 3v1 long range shooting game is a fun exercise where teams can enter a neutral area for a long shot after completing a minimum number of passes amonst their team. It's a fun and competitive game which helps players develop the ability to keep possession of the ball, capitalize on available opportunities, and finish from long range.

Create a large rectangular grid with a full sized goal at either end and a 5m wide neutral area in the middle.

Two teams of four are needed for this drill. Each team consists of three offensive players who start on their own side and a defensive player who starts on the opposite side to try to pressure the opposition's attacking three.

The ball starts with a team of three on one end who plays keep away from the defender. Once the offensive team has completed a minimum of four passes in a row they can enter the middle neutral area and attempt a long shot on goal. If a goal is scored or the ball goes out of play a new ball starts with the attacking team on the opposing side.

This drill gives players a chance to practice finishing from distance because they are able to shoot uncontested once they make it into the middle neutral area. In addition, it's also a nice way for players to work on moving the ball around while under pressure from a defender. In essence it combines aspects of both a rondo and a finishing drill.

One thing to be on the lookout for is that offensive players are moving to create good passing angles for their teammates when they don't have the ball.