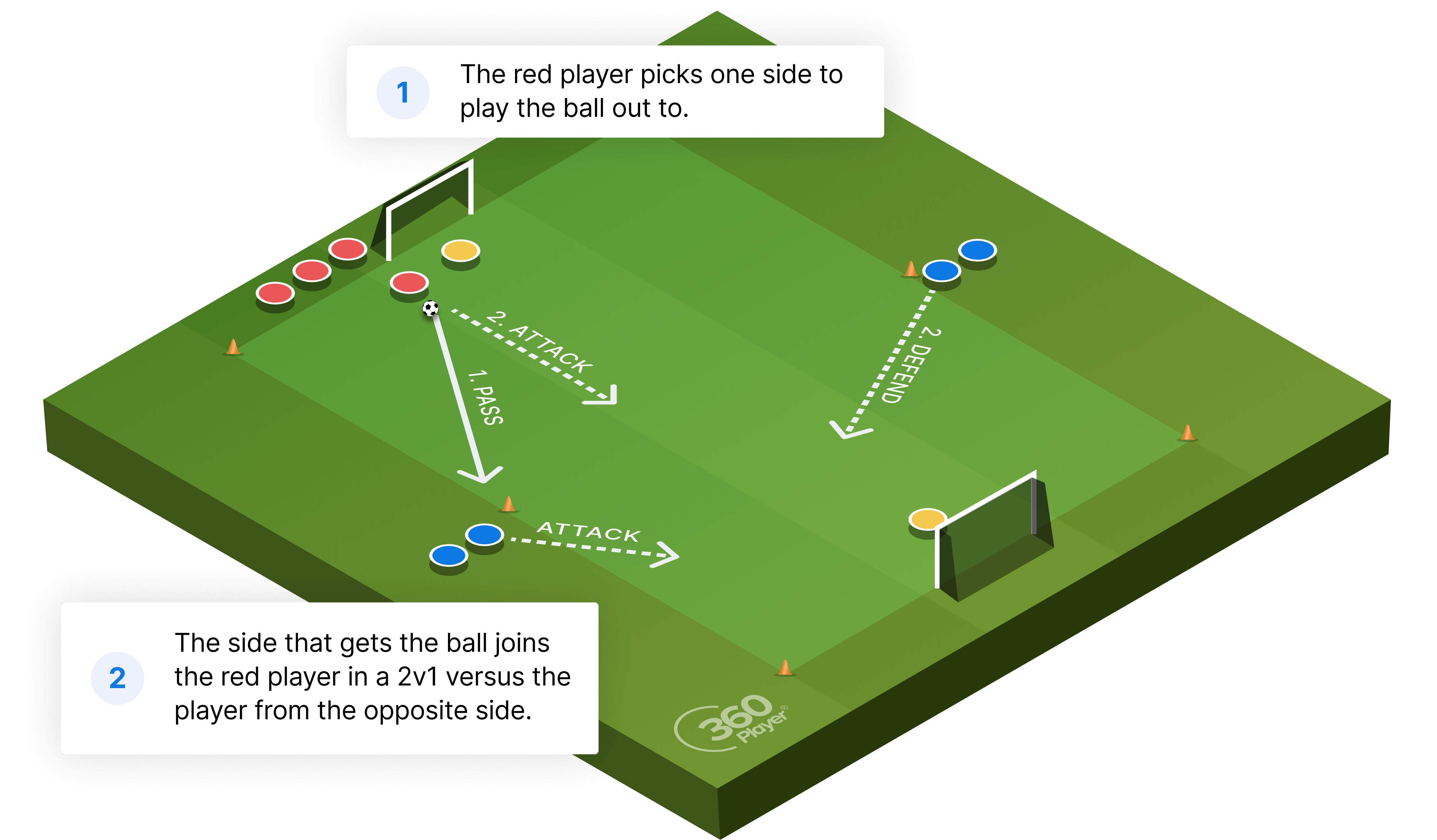 The Dortmund 2v1 shooting drill is a fast paced finishing game where a player's teammate is chosen at the time of the pass. This emphasizes speed of play and provides players with an opportunity to get quality shots off on goal.

Create a large rectangular grid with a full sized goal at either end. Haflway down either sideline place a cone for players to form lines as shown in the diagram above. In addition, a third line of players starts next to one of the large goals with footballs.

The players in the line with the balls begin the exercise by choosing to pass to one of the lines on the side. The side they choose joins them in a 2v1 to goal versus the player on the opposite side.

Once the group is done have the players rotate lines so that everyone gets a chance to start with the ball.

This drill can be a great opportunity for players to work on playing quickly and trying to get a shot off before the defender can get into a proper position. If the defender is able to recover, the attacking team still has the advantage being 2v1 so they should still be able to get quality shots off and work on finishing.