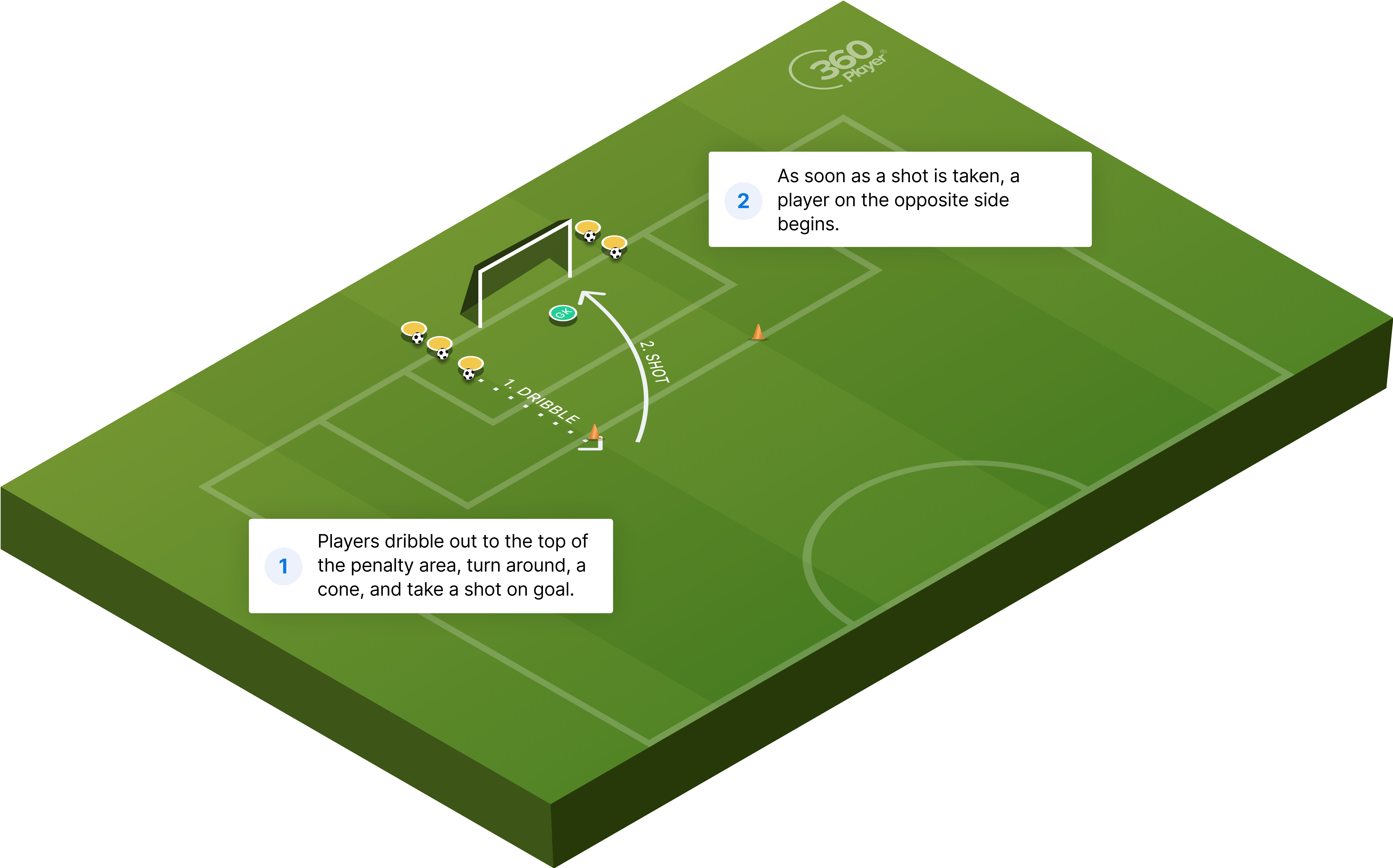 The rapid fire shooting drill is a fast paced shooting drill where players dribble out to the top of the penalty area, turn around with the ball, and shoot on goal.

This drill is extremely easy to set up, all that's needed is a large goal, two cones, a goal keeper, and players with footballs. Players line up at the posts with their footballs forming two lines. Place the two cones across from the posts at the top of the penalty area. For more difficulty or long shot practice, the cones can be placed a bit further back.

The exercise begins with one of the players dribbling towards the cone in front of them, turning around, and having a shot on goal. As soon as the first player makes it to the cone and begins their turn, the first player in the opposite line may begin. Doing this minimizes downtime and allows players to get more shots off quickly.

If there are many players in the group it may be best to use several goals to avoid long lines. It's also possible to use multiple goal keepers and have them switch off every few shots since so many shots are fired in a short amount of time.

Once a player shoots, they are responsible for retrieving their own ball and heading to the back of the opposite line.