Shooting In Waves To 2v1 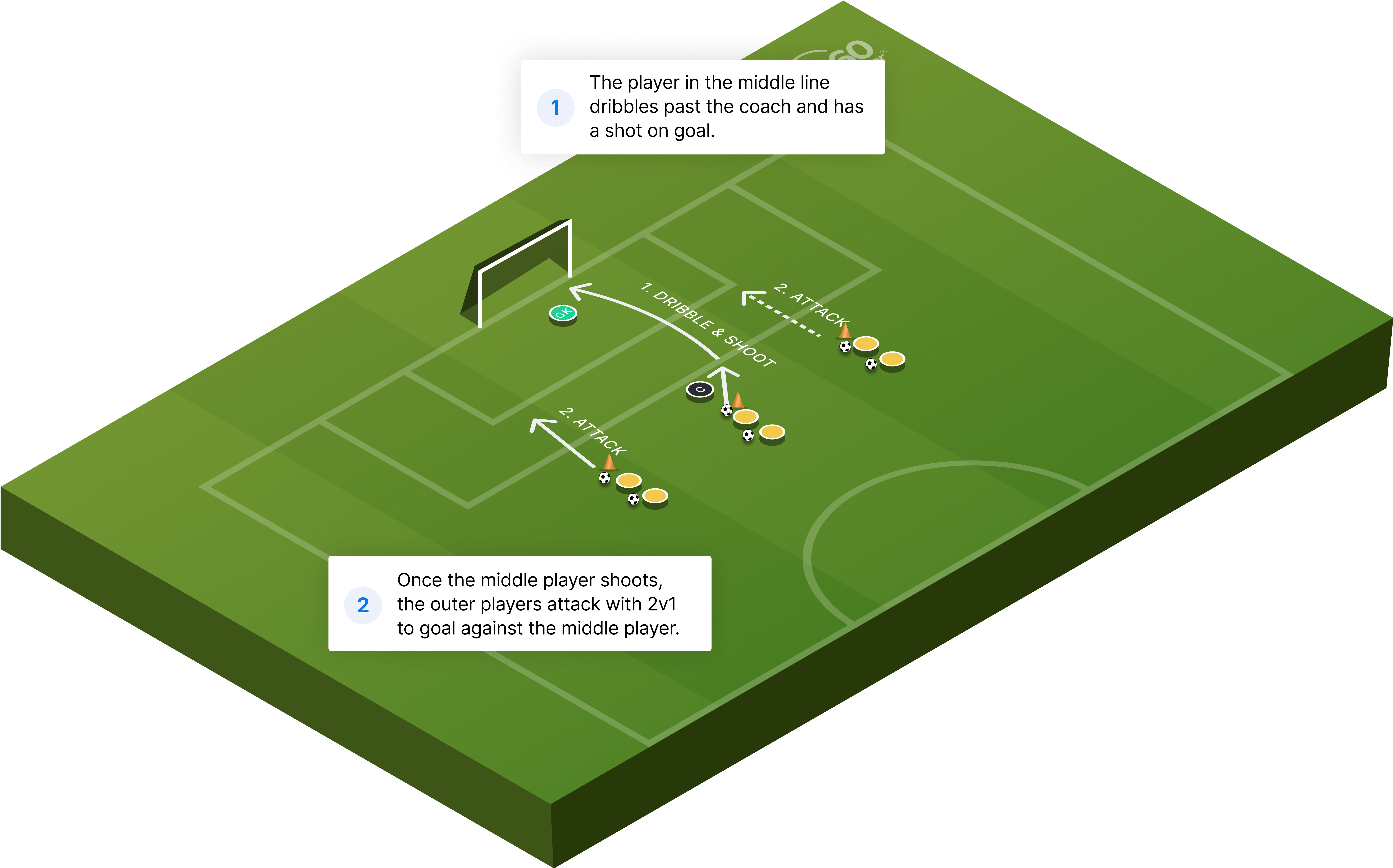 For this drill all that's needed is a large goal, a goal keeper, balls, and players separated into three lines starting 25-30m away from the goal. The coach can position themself in front of the middle line for players to dribble past them. If the coach would like to stay out of the drill, a cone or dummy can be placed in front of the middle line.