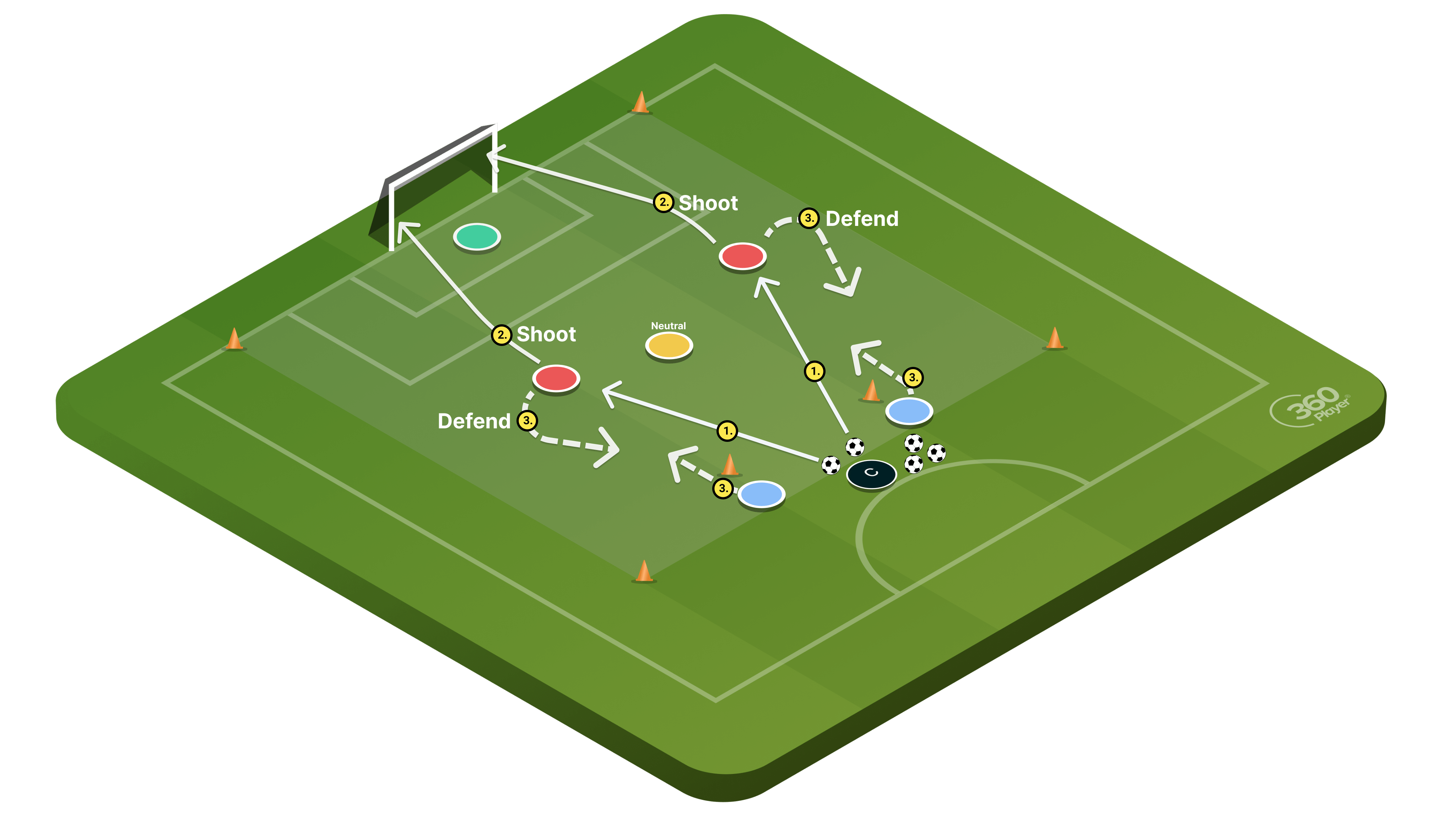 Create a playing area with a large goal on one end as pictured in the diagram above. For this drill you’ll need a goal keeper, two teams of two players, and a neutral player. One team of two starts on the field with the neutral player while the other two players wait on the end line opposite the goal. Have a large supply of balls nearby.