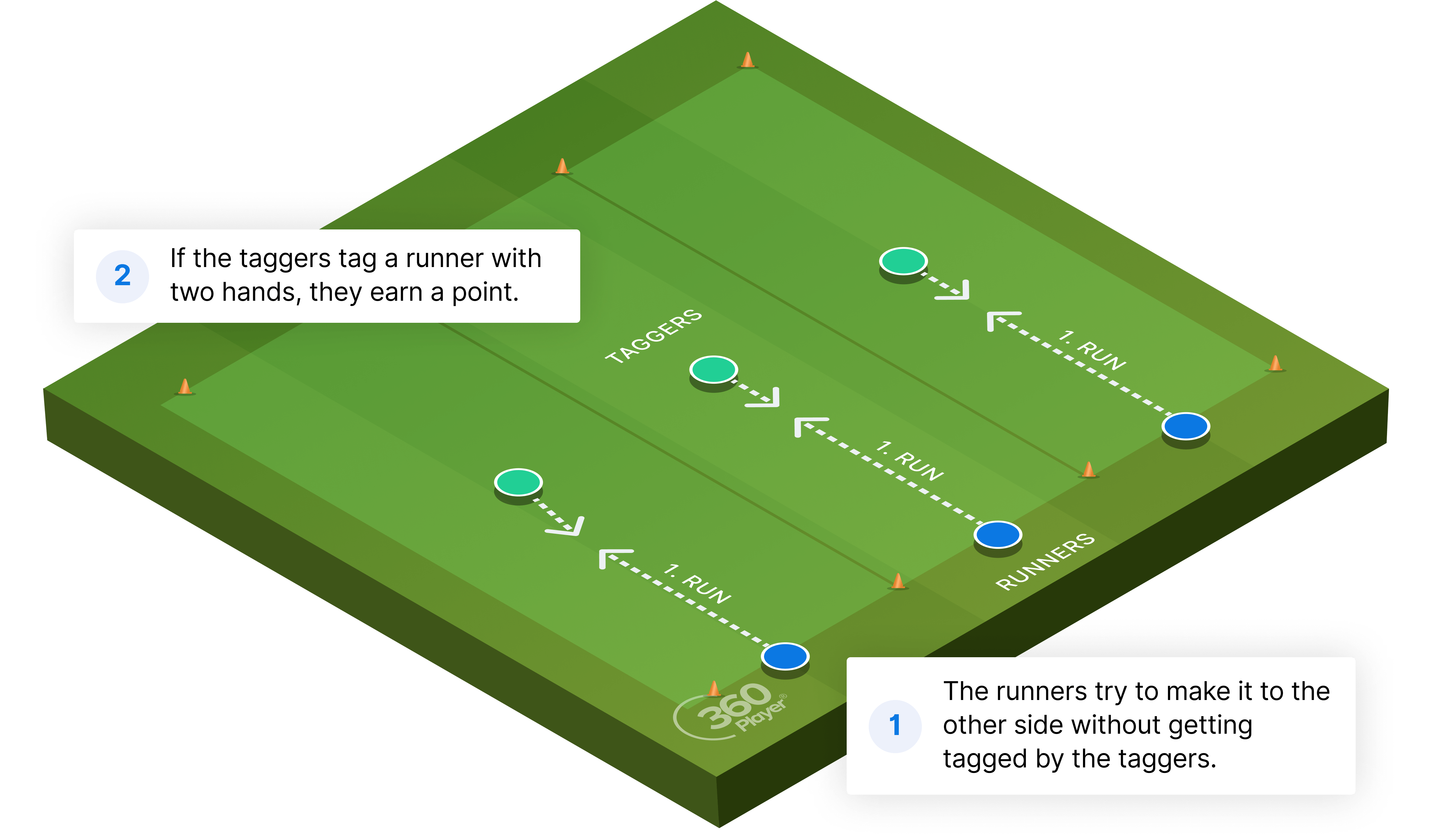 Starting positions can be varied for this drill to incorporate different exercises. It’s nice to give the runner some kind of advantage to try to get across quickly. With this in mind I usually have the tagger start sitting down, lying on their backs, or performing an exercise such as sit-ups or push-ups before they can get up and try to tag the runner. Here are some variations that tend to work well: